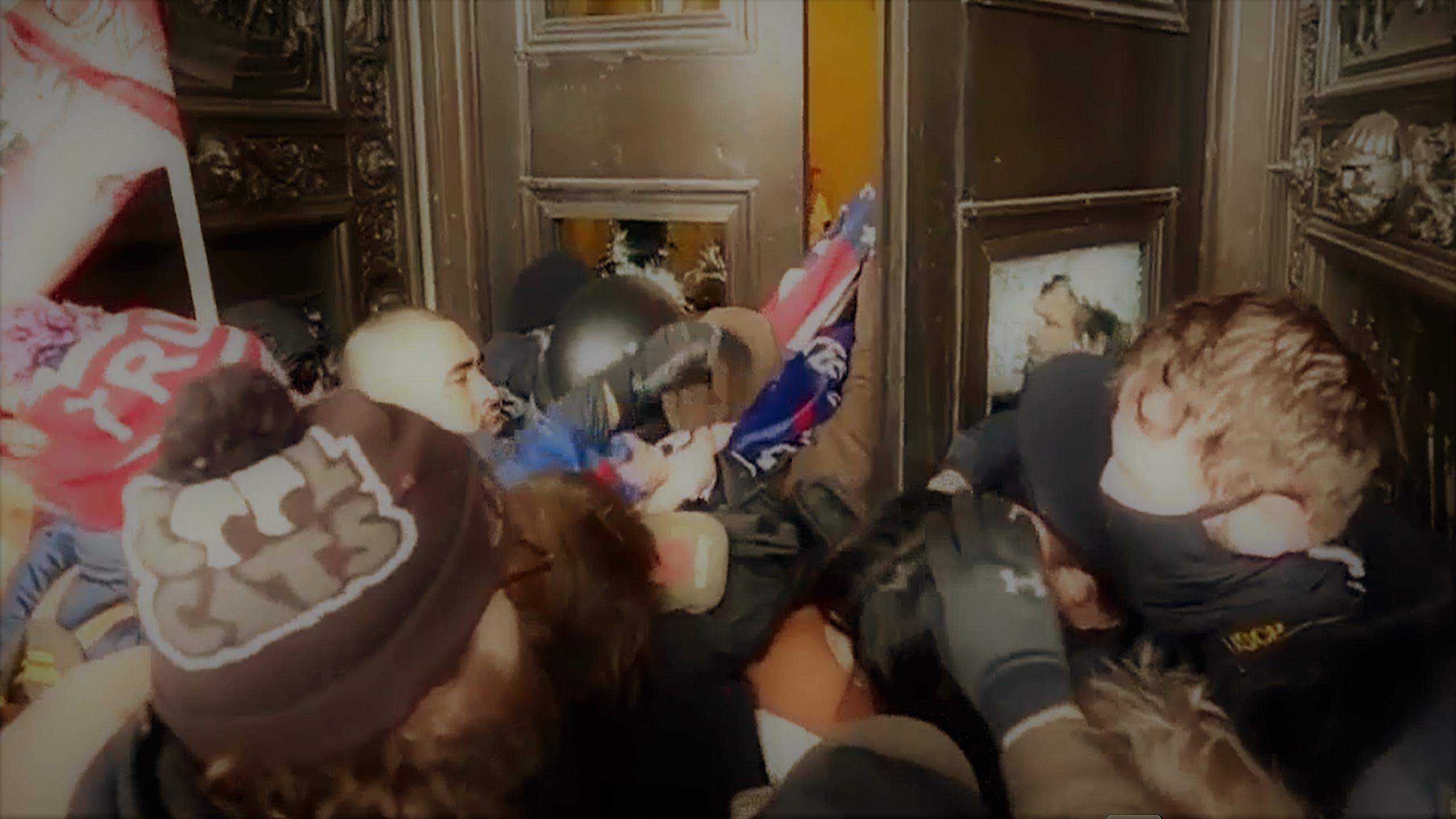 On January 6, while rioters stormed the U.S. Capitol, WMU-Cooley Law School professors began answering calls from media outlets around the country regarding what could be considered both a criminal display of force and a violation of the Constitution.

Because Congress was in session at the time, WMU-Cooley’s legal experts were asked to explain how these actions fit the definitions of insurrection, and the charge of sedition. 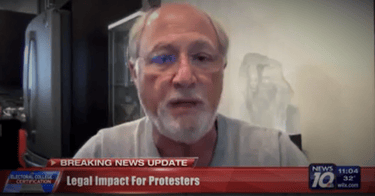 Professors Devin Schindler and Michael McDaniel were quoted in the USA Today’ article “What is sedition? US Capitol breach was ‘almost textbook’ example, legal expert says.” 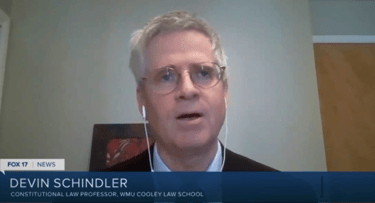 Schindler said the phrase “delay execution of the law” is key and that “it seems fairly clear to me, based on what we’re seeing, that folks are in fact, almost test book violating this seditious conspiracy statute by using force to interfere with lawful government activity.”

McDaniel, a retired Michigan National Guard Brigadier General and former deputy assistant secretary for Homeland Defense Strategy, Prevention and Mission Assurance at the Pentagon said, “Remember it's got to be ‘against the authority of the United States,’” he said, using the language of the law. “So, a really interesting question to pose to my law students later on this week is whether or not the president's speech … was inciting them to violence against the authority of the government of the United States.”

As discussions around whether the president incited an insurrection continued in the media, Tampa’s ABC Action News spoke with Professor Brendan Beery about the 25th Amendment, which spells out that the cabinet and the vice president can remove the president, with the approval of Congress.

Beery said, “It would be a first ... So far, the 25th amendment has never been used for involuntary removal of the president. It would be huge.”

While speaking about whether those protesting at the Capitol could have 1st Amendment protections, McDaniel told WJLA TV, the ABC affiliate in Washington D.C., acts of violence are not protected by the First Amendment. “One of the first things that has to be done is make it very clear that we will not stand for political violence to be normalized in this country. The prosecutors will be doing that by charging people with felonies wherever possible.”

McDaniel and Adjunct Professor Andy Arena, who served as special agent in charge of the FBI's Detroit division, spoke with NPR’s Morning Edition about the viability of sedition charges.

“It's hard to prove. I'm not saying they can't do it here. I'm not saying they shouldn't charge it. It's just you've got to make sure you've got all your ducks in a row because it's tough,” said Arena. “The fact that many rioters boasted on social media about their intent to stop the Electoral College count and set up makeshift gallows and showed off gear could make any sedition case a little easier.”

McDaniel shared concern that if sedition isn’t among the charges there could be a risk of normalizing political violence.

Links to other interviews by WMU-Cooley Professors following the January 6 storming of the U.S. Capitol.

"I’ve never seen anything like that," former FBI special agent in charge Andrew Arena told Fox News by phone on Thursday. "I was disgusted. I was disappointed. Saddened. I mean, it's just a flood of emotions to see that in our nation's capital. And I've spent two-thirds of my time with the FBI."

Ask the Expert: Wallethub.com gets answers from WMU-Cooley legal expert