This blog was authored by Frank Aiello and originally posted October 27, 2015. 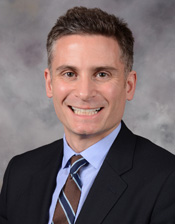 I joined the faculty at Western Michigan University Cooley Law School a little over 10 years ago. I enjoyed a rewarding legal practice at a law firm that I still remember fondly, but was intrigued at the opportunity to teach the law in a rigorous and innovative way, grounded in practical experience. WMU-Cooley had accessible admissions criteria, but promised a transformative experience to its graduates.

Back when I was at the law firm and a member of its finance practice group, it was a weekly ritual to read Crain’s Detroit Business. My law school alma mater did not stress the importance of understanding the local business landscape and the transactions that were the foundation of the local economy, but I learned this tip from seasoned business lawyers quickly after arriving at the firm. The webpage for my Secured Transactions class has a direct link to Crain’s at the top of the page.

Last week, I learned that Ryan Plecha, a student from my first year of teaching, was named one of Crain’s 40 under 40. The article recognized his critical involvement in Detroit’s bankruptcy as counsel for retired city employees and its importance to the “grand bargain” that allowed the city to emerge from bankruptcy. 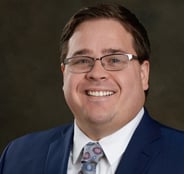 Ryan exemplifies WMU-Cooley and makes me proud to be a member of its faculty. He graduated from law school on the eve of an unprecedentedly challenging legal employment market. He made the most he could of every opportunity presented to him, volunteering his time to assist faculty members in research, interning at the federal court, networking with alumni, and starting his own solo practice. Through small, patient and intentional steps, he became a recognized leader in the region’s business community and the youngest partner ever named at Lippitt O’Keefe Gornbein.

Ryan, and other students like him, represent a truth that is seldom told about legal employment today. There is a critical need for bright, entrepreneurial, and hardworking individuals that have the practical skills necessary to represent their clients. Congratulations, Ryan. You inspire us.

WMU-Cooley Professor and Auxiliary Dean of Planning, Assessment and Accreditation, Frank Aiello, teaches Property Law and Secured Transactions, and focuses his scholarship and service on issues that affect the LGBTQ community. He is an active member of the board of directors of Affirmations, Metro Detroit’s community center for lesbian, gay, bisexual, transgender people and their allies, where he served as president for four years and continues to serve on the executive committee. He is also a member of the LGBT Section of the State Bar of Michigan and serves as faculty adviser to the Auburn Hills campus OUTLaws.

Professor Aiello has provided hundreds of hours of pro bono legal service to land trusts in Michigan, assisting them with the acquisition of real property held for natural preservation. Professor Aiello also served as the original editor of the Michigan Model Conservation Easement, a project hosted by the Heart of the Lakes Center for Land Conservation Policy, where he is also a member of the board of directors.