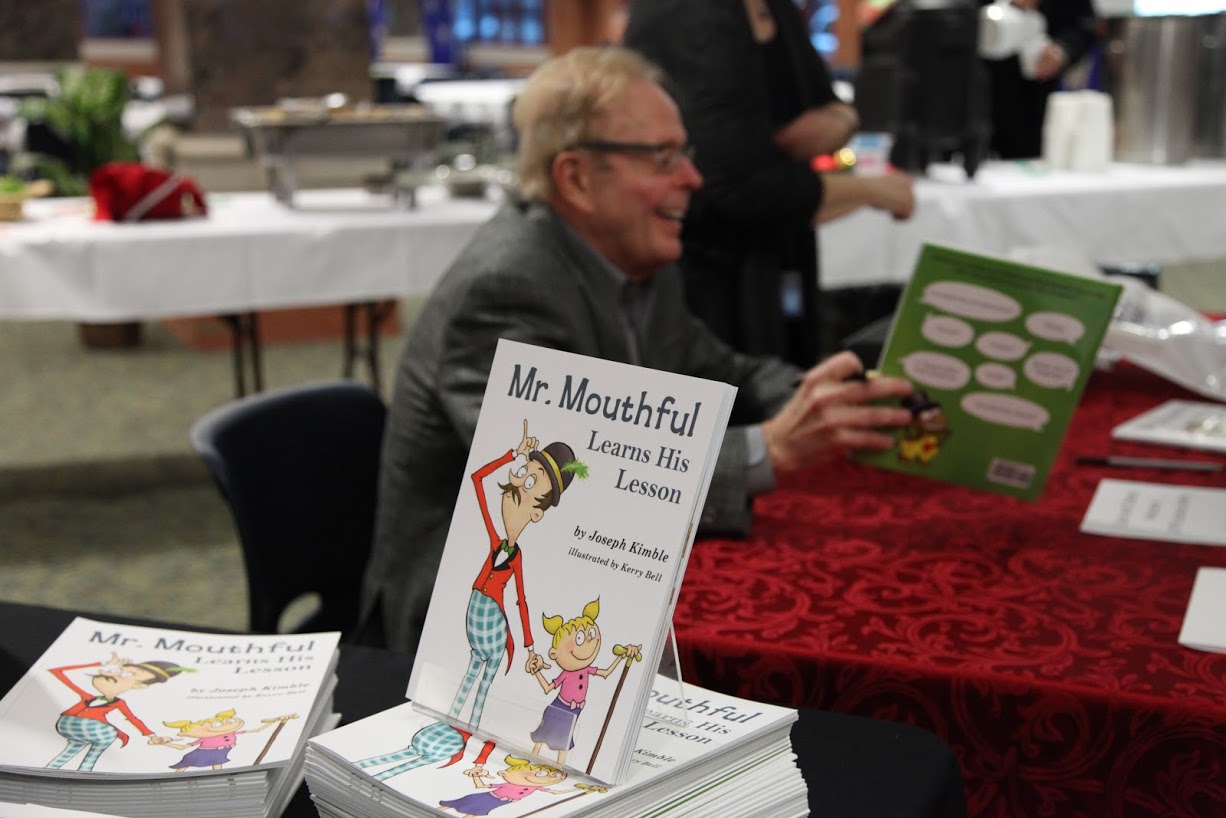 One of the things that sets WMU-Cooley Law School apart is the life experience of its professors. And that experience is not just in the realm of law.

Enter Professor Emeritus Joseph Kimble. Kimble taught legal writing at Cooley for 35 years and is world renowned for his commitment to using plain language in legal writing. In fact, in England he is known as a "Plain English Champion,” and he was one of the first winners of a lifetime-achievement award from the Plain Language Association International. Here at home, Kimble is the author of three acclaimed books promoting the use of plain language in the law, and he helped draft our country’s Federal Rules of Evidence and Federal Rules of Civil Procedure. In 2010, he won a lifetime-achievement award from his fellow legal-writing professors, and in 2016 received the John W. Reed Lawyer Legacy Award from the State Bar of Michigan. 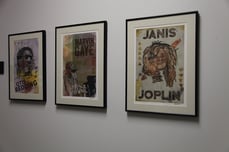 On the flip side, Kimble is also becoming known for his more eclectic tastes, most prominently his fantastic art collection and a new children’s book he recently published. The collection is housed in the sixth-floor hallways of Cooley’s Lansing campus, and in December Kimble opened it to the public for viewing. At the same time, he held a book signing for his children’s book, "Mr. Mouthful Learns His Lesson." The story is about a long-winded guy whose giant words and complex constructions cause trouble and confusion for kids. In the end, Mr. Mouthful learns better when a little girl is drowning -- and he has to act fast.

Having such different interests and diversions is something Kimble recommends for all. 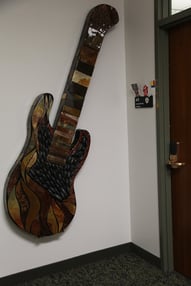 “I think it's good for anybody to have passions — or at least interests — beyond their work life. Who wants to be one-dimensional?” said Kimble. “These past few weeks, I’ve gone into a bunch of school classrooms to read and talk about 'Mr. Mouthful Learns His Lesson.' It has been energizing and just plain fun. A huge kick. Kids love the book.”

Kimble’s art collection has been in the works for decades and represents more than a half century of blues, jazz, and rock 'n' roll music art. From the Beatles to Joe Cocker, and Muddy Waters to Miles Davis, Kimble has amassed nearly 150 pieces of art, including posters, paintings, sculptures, photos, and some that defy a genre, like a 7-foot-tall guitar made completely of slate and rocks.

It’s been a lifelong love affair for Kimble, who became enamored with music when his parents drove him as a young teen to a rock 'n' roll caravan in Flint. A native of Linden, a small town just south of Flint, he grew up listening to Chuck Berry, Jerry Lee Lewis, and other rock pioneers, and then the Rolling Stones and the Who, as well as legends of blues and jazz like Howlin' Wolf and John Coltrane.

During law school at the University of Michigan, Kimble was immersed in the hotbed of music that was Ann Arbor and gathered art as he went along. Those were the days of wild live concerts, and sit-ins and protests -- a time when music carried messages about social change. Kimble was in the thick of it and, lucky for the rest of us, recognized the posters for what they would become: Art that evokes vivid memories. 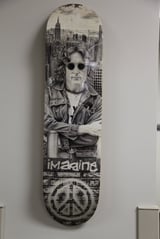 One of the remarkable things about the posters is that many are signed by the performers, and some even use the plain language that Kimble advocates, like the one succinctly inscribed by multi-genre icon Dr. John: “Prof. Joe, Keep on schoolin,’ no foolin.’” It’s hard to miss the point of those five words.

While many of the pieces are for and by musicians and artists from around the country and the world, several are Lansing-based, like the paintings of Root Doctor and the MSU Professors of Jazz, along with original artwork for the Old Town BluesFests and JazzFests by collage artist Brian Whitfield, artist and illustrator Barb Hranilovich, and Dennis Preston, an institution in Lansing’s Old Town.

What’s next for Kimble?

“Lots. Among other things, I’ll be putting together a book on the theory of interpretation called textualism,” said Kimble, adding, “That book, too, will be very different from the three I’ve written on plain language.”

Recently I encountered three examples of comma misuse among legal writers. At first I thought the...
Read More

What does the word “scribes” call to mind? For most people, it evokes the image of medieval monks...
Read More