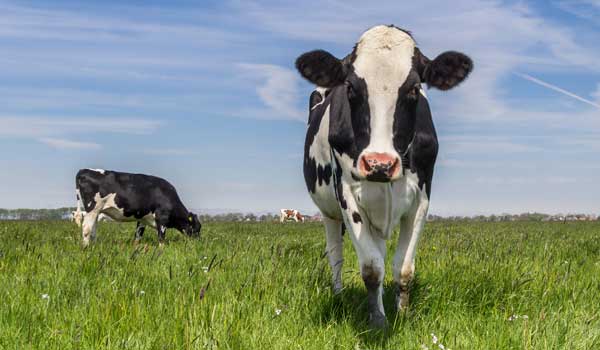 Blog contributor Otto Stockmeyer is a WMU-Cooley Law School Distinguished Professor Emeritus. This is one of a series taking a fresh look at famous cases.

Sherwood v. Walker (1887), a lawsuit over a supposedly barren cow, is probably the Michigan Supreme Court’s most famous opinion. It was picked as one of “Five Classic Cases” that every law student must know by American Heritage magazine. A State Bar of Michigan Legal Milestone plaque commemorates it as “one of the most celebrated contracts cases in American history.” And noted law professor John P. Dawson called it “the single most beloved law case at Harvard.”

Writing for the majority, Justice Allen B. Morse opined that the parties to the contract were mutually mistaken as to the breeding capacity of the cow in question, “Rose 2d of Aberlone.” And if so, the seller was justified in rescinding the contract. In dissent, Justice Thomas R. Sherwood (no relation to the plaintiff) agreed as to the doctrine of mutual mistake. But he adamantly refused to accept that the buyer shared the seller’s belief that Rose was barren.

Despite the case’s popularity as a teaching vehicle, Justice Morse’s view of the facts has long been criticized. First, there is Justice Sherwood’s spirited dissent. And University of Michigan law professor George Palmer, a leading expert on the law of mistake, wrote in Mistake and Unjust Enrichment (1962), “I find it most difficult to accept the statement of the majority of the court that the buyer, Sherwood, shared the mistake.”

Furthermore, over the passing years the Michigan Supreme Court twice disowned its own case, ruling Morse’s opinion should be limited to its facts. (Although recently the court unanimously reasserted its allegiance to “the seminal case of Sherwood v. Walker.”)

What Justice Morse’s critics fail to notice is that, ultimately, he was not deciding whose version of the facts should be believed. Rather, he decreed that because the trial judge had failed to instruct the jury on the law of mistake, a new trial must be had. In other words, whether the parties were mutually mistaken was a question of fact for the jury, not the Supreme Court.

Recent research has uncovered that on retrial the jury found in favor of the buyer. Rose ended up with Sherwood, for whom she eventually produced five more calves. And became celebrated in poetry and songs.

So despite some expansive dicta, Justice Morse ultimately got it right. His opinion in Sherwood v. Walker has been cited in more than 50 court decisions, from New York to California. Judges have called it “celebrated,” "classic,” “leading,” and, yes, “seminal,” as well as a “paradigm case” that is “revered by teachers of contract law.”

On the last point, a survey conducted about 10 years ago found that of 28 Contracts casebooks then in circulation, 23 (82%) reprinted Sherwood v. Walker or included a summary.

Regrettably, as more law schools have reduced Contracts to a one-semester course, fewer professors are covering the topic of mistake. As one who has enjoyed introducing Rose of Aberlone to generations of law students, I regard the trend as udderly mistaken.

This blog post is drawn from Professor Otto Stockmeyer’s articles “To Err is Human, to Moo Bovine: The Rose of Aberlone Story” in the Thomas M. Cooley Law Review and “The Tortuous History of the Mutual-Mistake Defense in Michigan Contract Law” in Michigan Academician.

The Importance of Definitions in Law School

“Woof!” There are over 63 million United States households that know this sound when they come home...
Read More