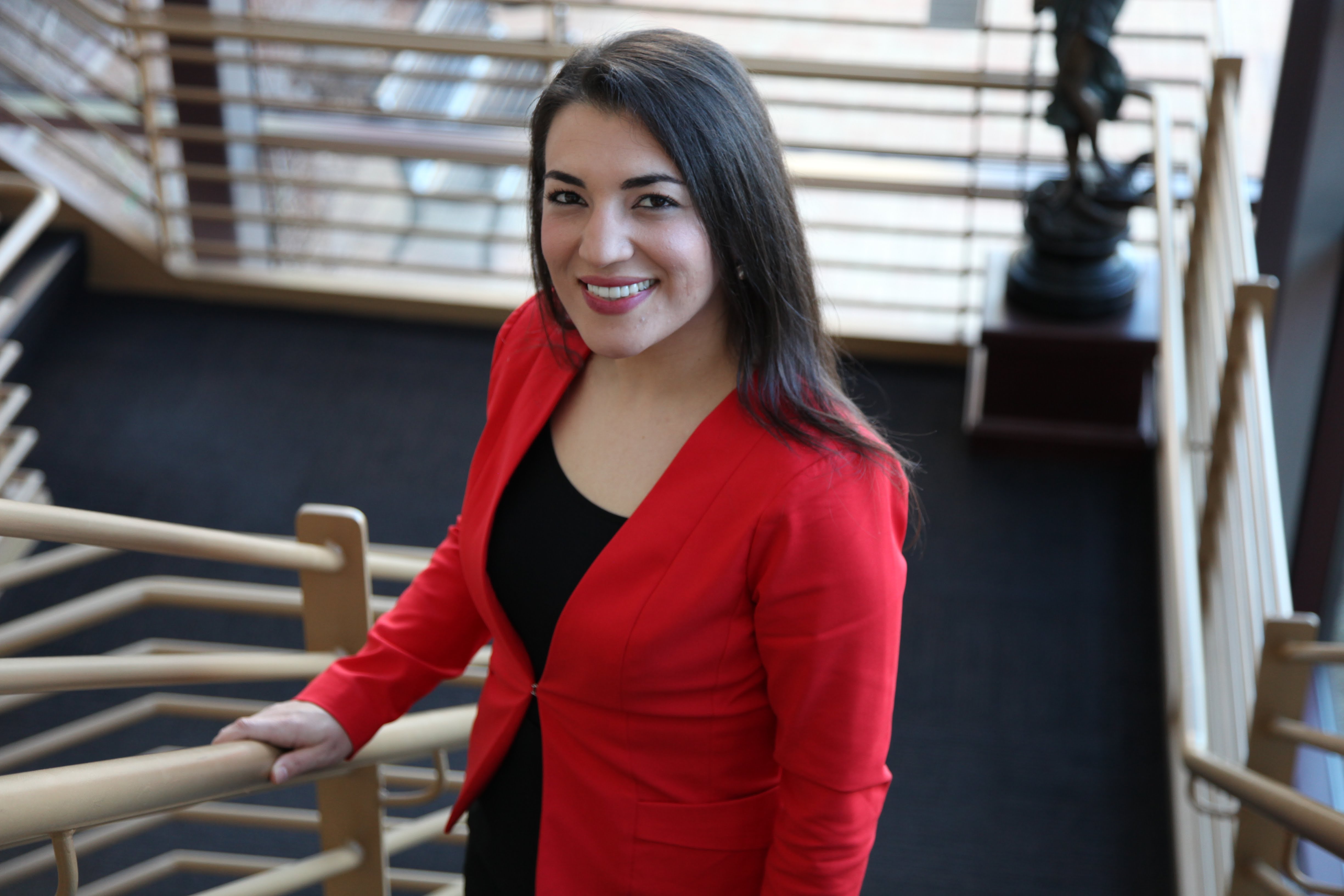 Sometimes you know exactly what you want to do as a career growing up, but most of the time you need to try things on for size. For WMU-Cooley student Helen Khouli, law school wasn't the first shoe she tried on.

"Initially, I was interested in being a doctor," smiled Khouli. "I decided I would take some classes like Anatomy and Physiology to see if I would like that kind of work. Well, the short of it was, I didn't. That enlightened me, and got me looking at the spectrum of careers, including a legal career."

But it was her high school teacher who saw the lawyer in her, and encouraged her to look closer.

"I talked to a lot of people, to find out more about being an attorney, but it was a high school teacher I had that really got me to think more seriously. He encouraged me to go to the court and observe attorneys; see how things work. See what a day-in-the-life felt like. So I went to court and learned that I really liked it. I thought to myself, 'this is something I would like to do.' It fit my personality."

Khouli made numerous visits to courtrooms in high school, then college. She also had friends as attorneys. She would ask them questions like, 'What do you have to do as an attorney?' and 'What kinds of skills do you need in order to be an attorney? It all steered her into the right lane as she followed her path to being a lawyer. 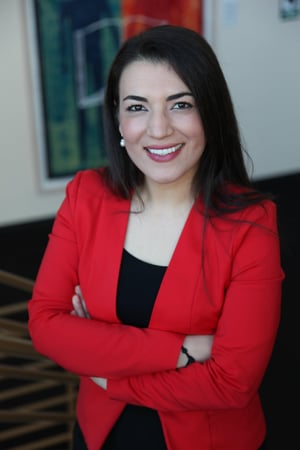 Khouli's friends in her hometown of Allentown, Pennsylvania, who were alumni of WMU-Cooley, spoke highly of the law school. She respected their opinion because she knew they were excellent attorneys running their own successful law firm.

"I wanted to be an attorney, not only because I was encouraged to do so, but because it was something I felt was right for me," stated Khouli. "I thought, 'This is something I can do that is a great fit for me.' My family was a great source of motiviation to me as well."


Ready to make the next step, Khouli started applying to different law schools after college, until her father suddenly passed. She wasn't ready to start after that, and took two years off, but knew, in time, she would be an attorney - for herself, and for her father.

In January 2015, Khouli took the initiative to apply to WMU-Cooley and was accepted.

"It has been a really good experience," affiirmed Khouli. "Cooley taught me a lot of key lawyering skills and developed me into the kind of person I am today. The school is dedicated to students becoming successful attorneys. Other law schools may teach the theory of law, but Cooley stands out in terms of helping students get out there and be ready, in terms of practical skills. Students get to take advantage of so many programs, including clinic work or taking advantage of thousands of externships around the country.

"I did my externship at the Washtenaw Public Defender, and to prove this is true about Cooley, when I was before a judge for the first time representing a client as a student attorney, the judge asked me to approach her after I was done. She gave me a compliment as to my skilled and professional demeanor. I credit Cooley for that."

Khouli doesn't just take though. She passes along what she's learned to others. She created and founded a society at WMU-Cooley called the Society for Personal and Professional Integrity. The group is devoted to students and their success - even after they graduate.

"As attorneys, we have to be professional, we have to be responsible, and we need high ethics and integrity," pronounced Khouli. "This society focuses on that. I was the one who initiated the society, and I am proud to be part of helping students become professional attorneys."

Khouli also shares her success with the many faculty and staff who helped her along the way.

"Everyone at WMU-Cooley looks out for students and their success," declared Khouli. "That's one of the things that makes me love Cooley and proud to be a soon-graduate. I feel like there are so many options for students to find their niche. There are a multitude of programs, and no matter what area of law you might want to explore, they have something to offer, whether it's tax law, business law, criminal law, real estate planning, family law, Cooley has it."

"The thing that motivates me to succeed is this one quote: 'In order to reach the highest, nothing can turn you low,' shared Khouli. "That's been my quote throughout law school and also throughout my life. I want to accomplish my goals, and law school has been my number one priority. I did struggle to reach this far, but that is the beauty of it. Appreciating what you have, and knowing that you struggled for it, makes you appreciate it more."

In her very little spare time, Khouli enjoys walking, jogging, riding a bike , and drawing. She mostly is thinking about her next goal once she graduates.

"Success also includes your ability to be organized," stated Khouli. "You need to map everything out. You need to put everything on your calendar. Currently I’m taking five classes. This is my last term, and I’m working as well. Because I'm organized, I have been able to manage my classes, studying, and going to work. If you can keep yourself organized, motivated and happy, I think you can accomplish just about anything in life."

WMU-Cooley student Shekinah Apedo's first name in Hebrew means "In the Glory of God." As a social...
Read More