The quest for civility, the notion where its citizens compromise for equality and for the good of the whole, are principles on which our nation is based. Today, however, many feel the presence of this notion in our society is eroding. But one gentle voice is speaking up to bring civility to the forefront and to encourage equality in legal education. Professor Victoria Vuletich is that voice and she is quietly, but firmly, making herself heard, even during this time of animosity and angst when it sometimes seems only the loudest and most bombastic have the floor.

Vuletich is a graduate of the University of Denver School of Law and worked in private practice for six years. She also served as the deputy division director of the State Bar of Michigan’s Professional Standard's Division, advising attorneys about ethical dilemmas they were facing. She served as staff counsel to the Client Protection and Unauthorized Practice of Law programs, and developed and managed the Practice Management Resource Center. She joined WMU-Cooley in 2008 and teaches Professional Responsibility and Evidence.

Vuletich’s credentials and experience are serving her students well in the classroom, and in her west Michigan community where she is a champion for the revival of civility and civil discourse, regardless of social and political differences. 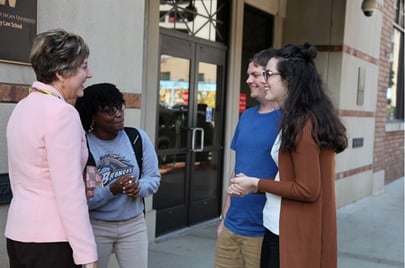 It began when Vuletich and lawyer friend Brian Plachta ran into each other after the last presidential election and were surprised to learn they were on opposite sides politically. Thankfully they were on the same side when it came to civil discourse and were able to discuss their feelings, without rancor, over coffee. The realization then that they were, in terms of ethics and professionalism, by far the exception and not the rule, led them to jointly create the Civility Project. Today it has members from across business, religious, and non-profit sectors, including a team of WMU-Cooley students. Together, Vuletich says they are “sprouting all sorts of civility initiatives in west Michigan.”

“It feels really good to be addressing this issue and to try to heal the social fabric of our nation, recognizing that good and well-intentioned people disagree - but that it doesn’t mean we have to be disagreeable.” said Vuletich. “In the end, the only way to progress is through compromise and civility, and if we’ve lost that, we’ve lost the lubricant of our government and the way forward.”

On the subject of equality, Vuletich is also not afraid to speak out, especially regarding the opportunities afforded WMU-Cooley Law School students. Thanks to the school’s commitment to diversity and inclusion, Vuletich says she is proud to be a WMU-Cooley professor and to witness how students from all walks of life flourish in their legal careers, serve those less fortunate, and sow the seeds of equality and civility.

“One of our students grew up in Mississippi in a small house without running water, and today she is a lawyer in the community where she was raised,” said Vuletich. “She gets up every day and makes people’s lives better, fighting for justice and for equality, and in my mind, that’s what the legal profession should be about.”

For her part, Vuletich takes a hands-on approach to ensure each of her students is infused with her dedication to civility and equality, what she calls the “bedrock principles” of our nation. She not only lives them through initiatives like the Civility Project, but also through her own special variety of civil discourse, right when her students need it most.

“At the end of each term I talk to my students as they’re heading into finals, when they are tired, trying to cram all this information into their heads; it’s easy for them to lose perspective,” Vuletich explained. “I remind them that WMU-Cooley is based on the beautiful principles upon which our nation was founded — that all people are created equal and that everyone deserves the opportunity to advance based on merit, not because they come from a family of means; not because they went to the best schools, but because of their ability and their hard work.”

Going forward, Professor Vuletich will continue her quiet revolution to bring civility and equality back by actively promoting civility through her own actions, embracing equality as a constitutional right, and helping to educate great lawyers who will go on to serve others with skill, knowledge and empathy. 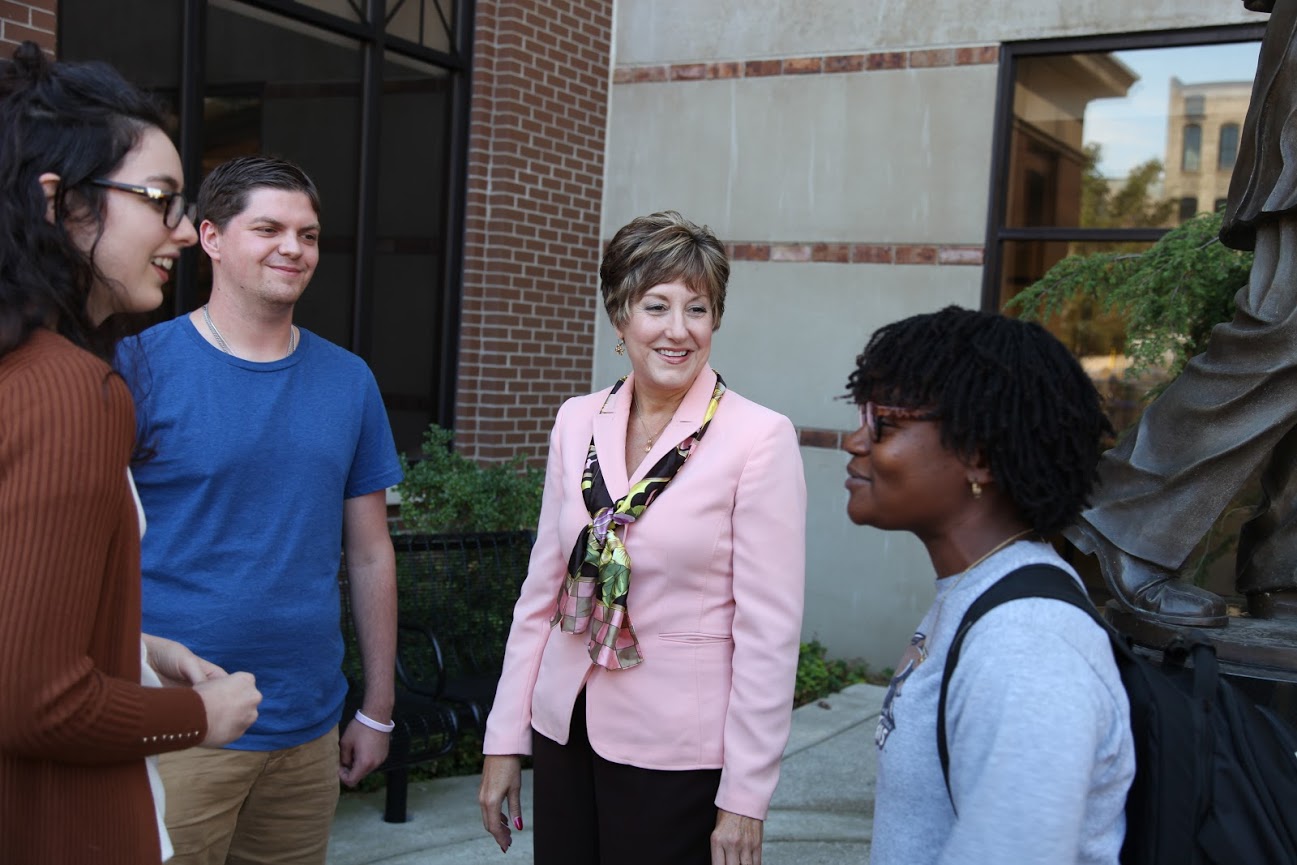