"Kayandreth was born with a rare liver disease called biliary atresia," explained Isaacs-Hanson with a tear in her eye. "At seven months old we found out she needed a liver transplant right away. She only had two weeks to live. There were no doctors in Jamaica who could do the surgery. I immediately reached out to my undergraduate school. Together, with their resources, I emailed 152 hospitals to find somebody, anyone, who would be willing to do the liver transplant surgery for my daughter." 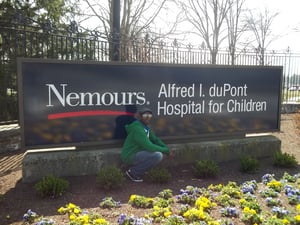 It was hospital 152 that finally said, yes. Nemours Hospital for Children in Delaware not only agreed to do Kayandreth's liver transplant, they said they would do it for free.

Hope at last. Isaacs-Hanson served as her daughter's donor. This was the turning point in her life – through an extraordinary set of circumstances.

The obvious path would have been to go into medicine, but for Isaacs-Hanson, she knew she didn't have the stomach for it. She looked at other paths, but with her background in international relations and political science, she felt a law degree would best serve her life's work.

She discovered how hospitals needed legal experts in so many different aspects in the business of healing others. It touched every area, from torts law, contracts, pharmaceuticals, patents, to malpractice, fraud, and compliance. She said it was a field where you would never get bored and you could learn and grow in so many directions.

"Where you learn, you grow," stated Isaacs-Hanson, "and the more you know, the more you can give back. That's my objective – giving back in as many ways, and as best I can."

Isaacs-Hanson's path to WMU-Cooley started with an appreciation of the law school's transparency during the admissions process, which paved the way to feeling connected and cared for in her law school community. 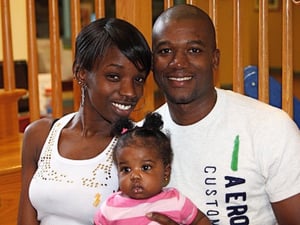 The professors are awesome," declared Isaacs-Hanson. "They really invest in their students. You’re not just a number. They know you by name. They are so caring. Sometimes I would feel like they believed in me more than I believed in myself. But that's what you need – a little push to keep you going."

Now that Isaacs-Hanson is in her third year of law school, she is thrilled to start her externship experience with Moffitt Cancer Center's legal department in Tampa, Florida. She is looking forward to delving into all the different areas to find out where her talents are best suited. Trying things out, according to Isaacs-Hanson, is the best way to find out what you like, and don't like, to do.

She knows she wants to use her law degree to give back, but she also has long-term goals. One is to form a non-profit to help children with biliary atresia. She already works with nurses and doctors in Jamaica on new biliary atresia cases, even facilitating getting physicians to fly over to do their first two liver transplants in the country.

Immigration law is another area of interest for Isaacs-Hanson. Having family who have gone through heartache during the immigration process, she wants to make it better.

"The process is far too long," stated Isaacs-Hanson. "My aunt filed for my father before I was born, and here we are, four-and-a-half years ago, the paperwork finally came through. That's almost 30 years! It's no wonder people are frustrated with the red tape. I want to make things better for others."

Isaacs-Hanson is the first to admit she doesn't have much time to relax. She is focused on doing well in law school and making sure she spends some time with family.

"That was one of the things that I found most shocking about law school – the volume of time it took outside of the classroom," said Isaacs-Hanson. "Right now I go to law school after I get my daughter to her school, then come home to study more. As much as I don't have much of a social life now, I know it will change after I've passed the bar and start work. I would love to travel and see the world." 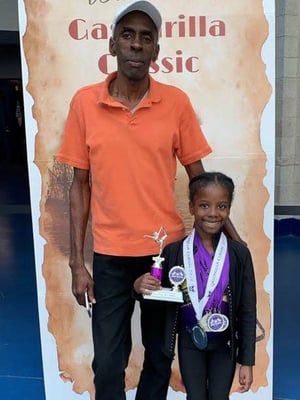 Nobody does law school alone. Isaacs-Hanson's husband, Kevin Hanson, and her father, Derrick Isaacs, have been her solid support system through thick and thin.

"I have been almost a single parent since I started law school," admits Isaacs-Hanson. "But since my husband migrated this year, he has been so supportive; he cooks, he cleans, he helps to take care of Kayandreth. We both are looking at things long term. We have our dreams and our goals in sight. I wouldn't make it through this journey without my husband and father's help."

As much as Isaacs-Hanson says the road has been full of hills and valleys, she knows she needs to stay the course and remember why she started law school in the first place.

"If you always keep that goal in the back of your mind, it will help you to keep going. I have professors who keep me motivated as well. They say, 'You are not giving up' or 'You are going to finish.' I know I didn’t get here on a white horse. It's my rock-solid support system at home and at WMU-Cooley that gets me back up whenever I fall down."