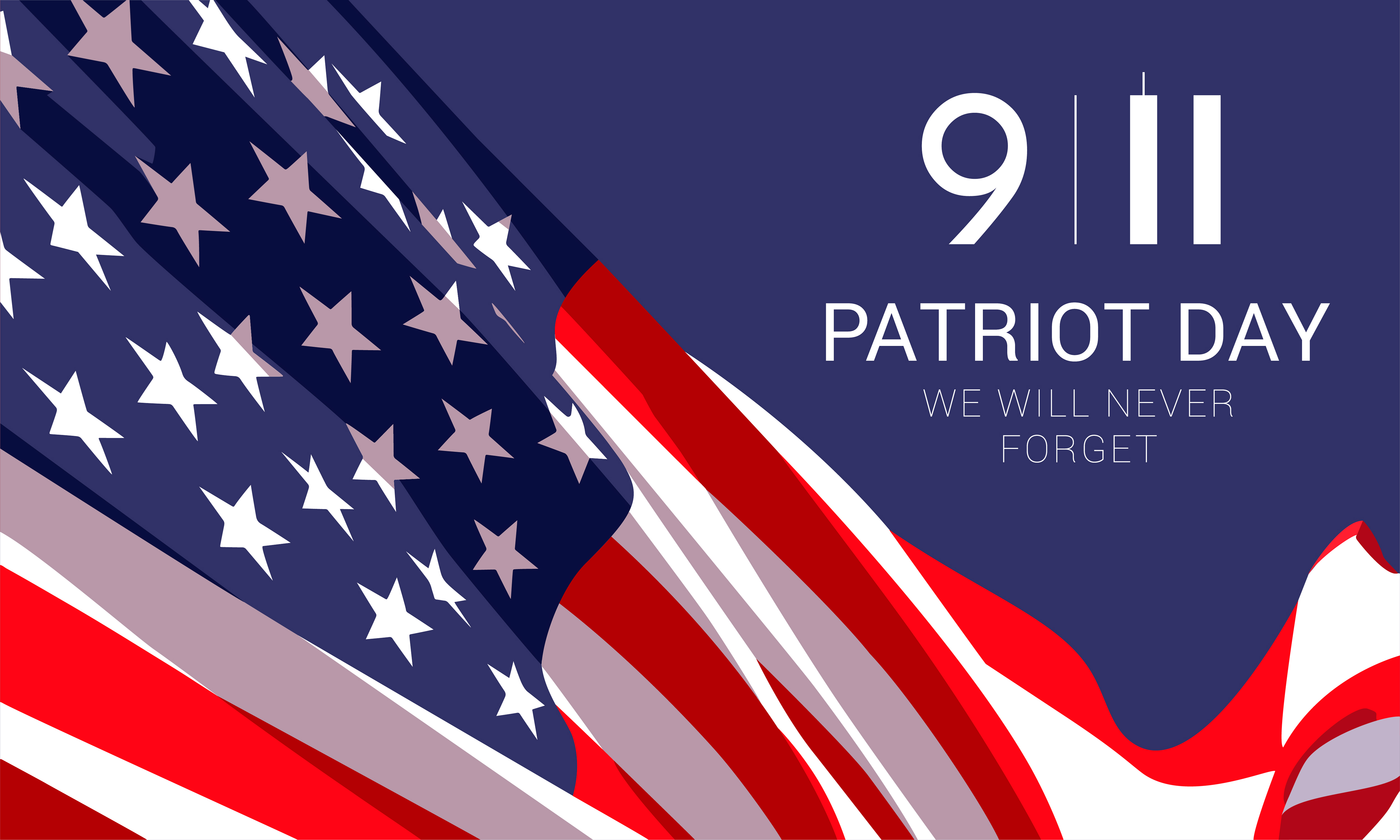 Associate Dean and Ret. Brig. Gen. Michael C.H. McDaniel and Associate Dean Tracey Brame spoke during the The 18th annual West Michigan Community Day Day of Remembrance and Scout Salute to pay honors to those who died during the terrorist attacks on September 11, 2001. Below is the speech by Gen. McDaniel. 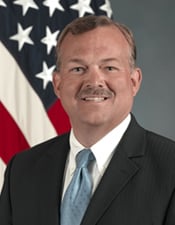 Thank you, it is an honor to be here with you again on this Day of Remembrance. And thank you to the Gerald Ford Council for continuing this tradition that started the first anniversary of the tragic events of 11 Sept 2001 to this day.

It should escape no one’s notice that the 19 years this event has been held is longer than one can serve in Boy Scouts unless one continues as a leader.

Today is a Day of Remembrance. It is not a Day of Division, a Day of Hate, nor even a Day of Pomp and Pageantry. It is a day to pause and remember, not the awful events of that day, but the service and sacrifice of the LE, Fire, EMS and military. To take firm resolve from those who gave their “last full measure of devotion[1]” to our country.

Our collective response to September 11, has provided positive actions in many areas, two of which I wish to note: First, we have created this day as an opportunity to recognize that service and sacrifice of our first responders, our fire, LE and EMTs as we do our military. We recognize military service of Veterans Day; let us continue to recognize the efforts and service of our hometown heroes on this day. Second, we have created a week to recognize the principles on which this country was founded. Called Patriot Week by many, it is also not a day of pomp and pageantry, but a time to reflect on the core principles of our democracy. It ends fittingly with Constitution Day, on the 17th of this month. And I would note, that those groups that I have mentioned, the LE and military all take the oath to support and defend the Constitution, an oath contained within the Constitution.

And I agree with the analogy to Pearl Harbor in the sense that this was an attack against the US, on US soil, for which we were surprised and unprepared. But I strenuously disagree with the phrase, “ordinary citizens.”

That phrase only has meaning if the writer is referring to “civilians” and comparing them to military or other government.

For there is nothing ordinary about being a citizen. For example,

On this date, United Airlines Flight 93 was headed from Newark, New Jersey, to San Francisco on Sept. 11, 2001, when it was diverted by hijackers in an apparent effort to direct it to Washington. Several passengers and flight attendants learned from phone calls that suicide attacks had already been made by hijacked airliners on the World Trade Center and the Pentagon. Many of the passengers then attempted to retake the plane from the hijackers. Because of their actions, the hijackers were forced to crash near Shanksville Pennsylvania as people aboard the plane tried to wrest control of the cockpit. All 33 passengers and seven crew members died.

Last year (April 2019) Lori Kaye, 60 years old, was the only person killed in an attack at the Chabad of Poway synagogue near San Diego. Mrs Kaye blocked the shooter, armed with an AR-15 rifle, by jumping in front of her rabbi.

A high school student, Kendrick Castillo, 18, was the only student killed at the STEM School Highlands Ranch school in Denver Colorado also last year (May 2019) when he lunged at a shooter in his classroom, allowing other students time to hide.

There was nothing ordinary about these, and countless other, citizens.

Citizens are the most important part of our democracy. When A. Lincoln described the battlefield at Gettysburg, he in just a few words explained that sacrifices were made for the people of this country, for our citizens. Citizens have irreplaceable duties as well as our rights.

The website for the US Citizenship and Immigration Services[2] contains a non-exhaustive list of the responsibilities of US citizens. Besides the expected, such as to defend the country through military service and to support and uphold the Constitution, they include the following:


I submit to you that those duties are the essence of citizenship, particularly when you consider the original meaning of civility.

Today “civility” is often defined as being civil, being polite. But the original meaning, from the Latin civilis, is defined as the quality, the essence, of being a citizen.

So, as citizens, we must hear those differing points of view, rather than treat those with differing backgrounds or opinions as the “other”.

“I am a firm believer in the People. If given the truth, they can be depended upon to meet any national crisis.

The great point is to bring them the real facts.”

As citizens of this great country, we have always acted in a crisis with resolve and resiliency. We do not shy away from the hard truths. We expect our leaders to tell us the true facts and to provide us with a vision for overcoming the current crisis. Like Presidents FDR after Pearl Harbor or GWB after September 11th, we as American citizens rise and meet the challenge. We adapt and move forward.

Today, as Boy Scouts and the Citizens participating, you have done just that. This tradition of solemn remembrance did not end because of the pandemic which has taken the lives of so many, even so many more than September 11th. Instead you have adapted. You remember those who have served and sacrificed, as you have done every year. I wish I was standing shoulder to shoulder with you, saluting our flag outside the Gerald Ford Museum today, in person. But we can do so, with the same solidarity, through the means of IT and the internet. In fact, in this way, so many more can participate that might not have been able to journey to the museum.

I ask all that all of us take just 60 seconds and do nothing else but “salute.” By that I mean, stop all else in our dizzy-busy lives and just silently reflect on the lives of public service. Not just our military, LE, Fire and EMS, but all those essential workers, especially including school teachers, who right now are setting aside their fears and frustrations, and helping us all during this pandemic. Spend just 60 seconds in silent reflection on the meaning of service and sacrifice, as exemplified by those who gave their lives on September 11th, LE, Fire, EMS, yes, but including the citizens. And finally reflect on the meaning of being a citizen of this great country.

Scouts, you are here today to honor and guard this flag, from sunrise to sundown, as the symbol of our country. Remember that the current design of the flag was proposed by a 17 year old schoolboy (Robert Heft) from Saginaw, MI. You know the stripes represent the 13 colonies and the stars represent the 50 states. But consider also the colors as you salute the flag:

Scouts, as was said when I was introduced today, my proudest moment was not when these stars were pinned on my shoulders but when the eagle was pinned to my chest, on becoming an Eagle Scout.

Today, you are not just honoring our flag, you are honoring the firefighters, police officers, and members of the military for their service and sacrifice. You, Scouts, you are not just the potential Police, Firefighters, emergency workers, soldiers and school teachers of tomorrow. You are the dedicated and informed public servants that this country will always need, because public service in all its forms is the foundation of this great country. Civility then, is not just being polite to others’ points of view, it is being willing to serve in a great cause, one that defends others’ rights to have that opinion and belief.

God bless you all, and