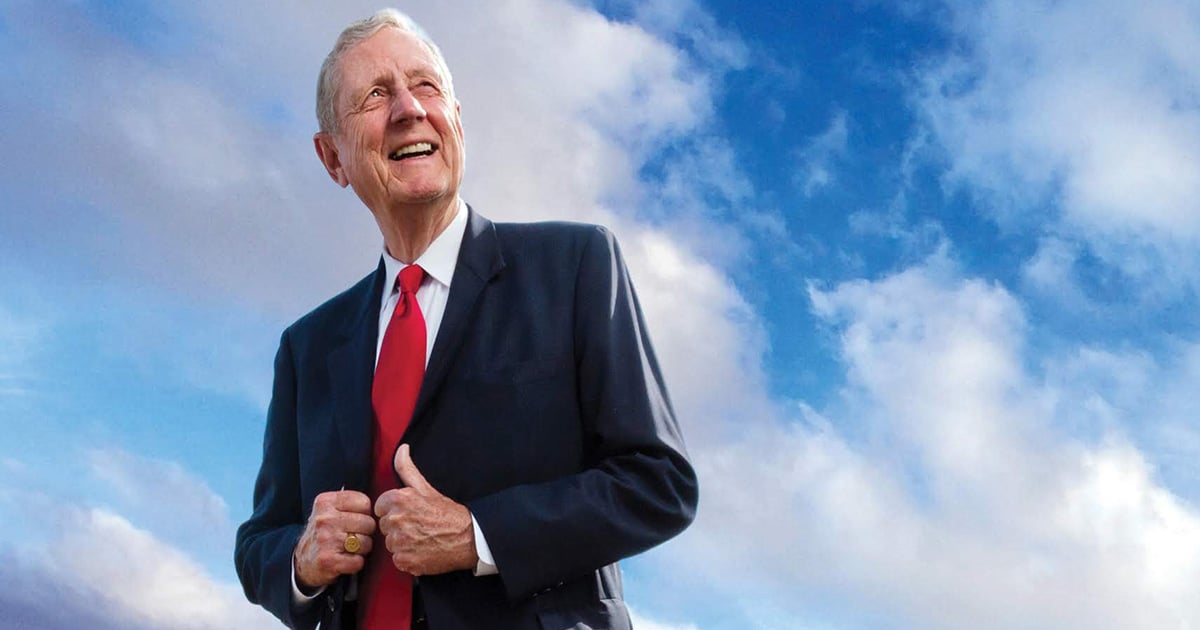 One afternoon then Director of Admissions, Stephanie Gregg came into my office and excitedly announced that a celebrity was applying for admission. The songwriter, David Barrett, apparently had decided to augment his musical career with a law degree. I confessed that I didn’t know Barrett; was not familiar with his work.

Tolerant of my ignorance, Stephanie informed me that among other works, Barrett had written the composition which was played annually during the NCAA basketball championships. As a sports fan, I was familiar with the strains of “One Shining Moment” which traditionally caps off the season of March Madness as it accompanies pictures of celebrating college basketball players cutting down the nets after the final game.

So, Barrett was indeed a real song writer. I asked Stephanie to introduce him to me if he should come by the office in person.

He said he could do that. Well, if he would write the music, I said, I would write some words. It was a good humored exchange, one that both of us probably regarded as somewhat of a spoof.

Still, the more I thought about it, the more I thought it was a good idea. So, one day, when I was driving north on highway 127 to some meeting or other, I started thinking about words for a song. By the end of the day, I had them well enough in mind. Two verses, a bridge, then another verse.

Here’s the way it looked:

Thomas Cooley, Alma Mater,
Mighty temple of the law;
Where first we sought the face of justice,
Full of wonder, full of awe.

We came to you in Michaelmas
Different as the Autumn trees,
And working grew in friendships through
Quiet snowbound Hilaries
We’ll say goodbye to Trinities
Treasuring our memories

It wasn’t a composition likely to win a Grammy, but I thought it carried a message that emotionally hyped, graduating law school seniors might endorse.

In due course, I received a disc from David Barrett. Eagerly, I plugged it in and played it. What came out was lovely piano music, but I could not distinguish a melody which might be sung by a choral group. I thanked David, who, in the meantime had decided not to pursue a career in law, and I sent him an honorarium for his trouble.

So, there I was with words and no music. Undaunted, though unschooled in such things, I went home and began plunking out melodies on the piano. I didn’t know the names of the keys, so to identify which ones I was plunking and in what order I plunked them, I made a chart and assigned each
key a number.

Eventually, Polly helped me make one of those musical fences and we perched notes on and between the lines in a format that would be recognized by the musically literate.

I then showed it to the choirmaster at Saint Thomas and he recommended a graduate student at Michigan State University who would be able to soup up my little ditty into a full-blown piece of music.
In a few weeks, I had in my hands the sheet music for the Cooley Alma Mater in four-part harmony.

It so happened that about that time a group of Cooley students, augmented by Professor John Rooney’s basso profundo, had organized a chorale. I invited them to sing the Alma Mater.

I shall never forget the evening when it was first performed. It gave me shivers. It’s my ‘One Shining Moment.’

Roger and Marilyn Grove had been donors and supporters of Cooley Law School. Roger was also a good...
Read More