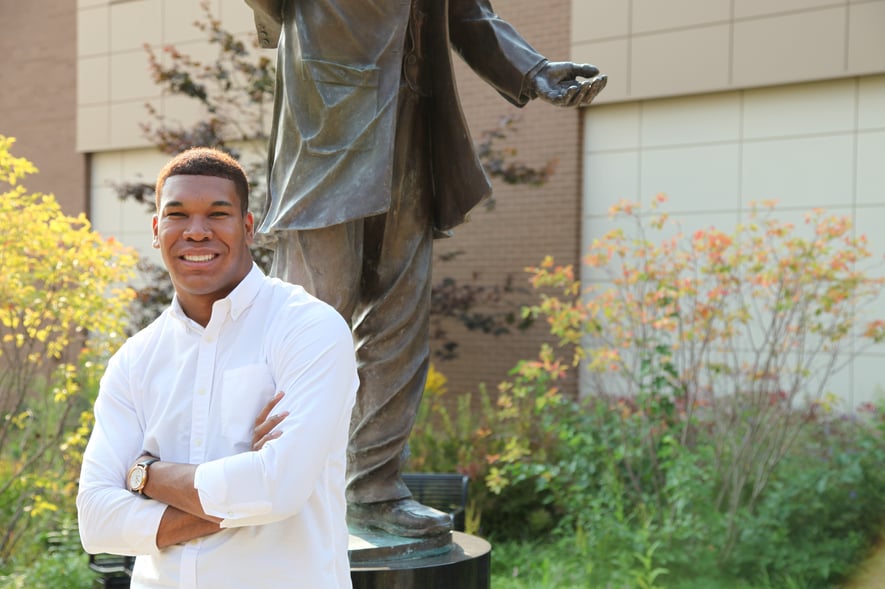 WMU-Cooley law student Charles Hickman found new meaning in the real estate adage, location, location, location. After spending his summer traveling, studying and experiencing the incredible cities of Toronto and Oxford, he had a lot to share about the experience.

"Toronto was absolutely amazing,"exclaimed Hickman. "As a global city, it really encompasses and captures the interests of professionals and students. Plus I got to spend three weeks at the lovely St. Michael's College, a location straight out of a novel."

"We spent three weeks there learning not just international law, but law as it relates to the laws of the United States. We got to take on NAFTA, which is one of the largest trade deals ever made by our countries. We saw how NAFTA works and the its connections to Mexico and Canada. We learned about the underlying legal issues like contracts, trades, and price agreements between borders. It really put everything into perspective for me - not only for my professional development, but for me in practice."

Hickman also got to spend time sitting in on the courts. "There was a huge case at the Court of Appeals where we got to listen to arguments on both sides concerning contributions to a massive, multi-million dollar hedge fund. It was so interesting to be injected into the lives of those who live in Ontario."

Although Hickman noticed many similarities between the American and Canadian court systems, there was some differences. "One of the things I noticed was there seemed to be more open conversations between the prosecutor and the defendant in court, even while being officially on record. In America, that would be conducted in a pretrial conference - and off the record. As an American law student, I was sitting there watching in court, thinking 'what’s happening? What’s going on here?' But as you listen more, and evaluate their procedure, you begin to realize that it’s still fair. It still speaks to the nature of Constitutional privileges."

When Hickman wasn't in class or in court, he was soaking in the city's culture. "One of the great things about Toronto was the cultural experience. It reminded me of the old adage, location, location, location! The University of Toronto at St. Michaels College sits right in the heart of downtown Toronto. It’s literally on the corner of one of the busiest intersections in the entire city. We were within walking distance of the Royal Ontario Museum. We saw the largest blue whale ever there, and we got to see art that spanned the globe; from Western Africa to as far away as China. It was this kind of exposure that really expanded my mind. It was the cherry on top of my student experience."

That wasn't the end of Hickman's summer Study Abroad experience. After his time in Toronto, he hopped a plane for Oxford, England. It was a whirlwind adventure for Hickman.

"We arrived into Heathrow Airport, grabbed our bags, then took the local stagecoach, which is a bus, we took it to Hertford College at Oxford. We arrived there, stepping out onto cobblestone streets. It was exciting the moment we arrived. It's probably one of the oldest colleges in the world. I think it dates back to the 15th century. It was awe-inspiring." 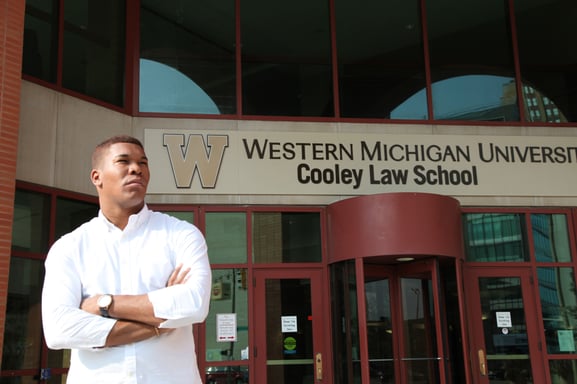 Hickman started to feel like he was part of a movie - literally! "I couldn't believe it. They were actually filming a movie. It seems Oxford is a huge film location. So was Toronto, now that I think about it. They were filming a movie right on the campus at the University of Toronto at St. Michael's. I felt like movie cameras were following me around the world!"

Hickman loved everything new and being the world traveler, but also appreciated the structure and guidance provided by the faculty and administration. "From the moment we arrived, there was this immense amount of support. As much as you are an adult, you're still a student. You have the same fears as anyone when you travel internationally. I kept thinking, 'What if something goes wrong? How am I going to get from A to B? What's happening between that time and this time?' I never felt stressed because I knew things were being taken care of. I think that really speaks to the character of the faculty.

"All of my professors - and I took three classes - graduated from Oxford and had impressive legal professions. It was a little unnerving. I was thinking, 'Wow, this is Oxford. How prepared do I need to be for class as an American student coming in? But I discovered that my classes were conducted more like a conversation about the subject matter. It was a great learning environment where everyone understood that we were in an academic environment, and we could see that the professors deeply cared about our cultural development."

Hickman and his classmates got to visit and tour Middle Temple, one of the oldest legal inns worldwide. They learned that Middle Temple is where the Knights Templar gathered to decide on the issues of the day. "As a budding legal professional, you're thinking, wow, this is Middle Temple. If the queen needs a lawyer, she calls Middle Temple to find one!

"We also got to travel all around England. We went to Bath, England, which is an amazing place. It was occupied by the Romans 2,000 years ago. You could almost feel the history standing there. I kept thinking 'This is where the Romans walked and this is where they bathed.'"

Hickman not only feels his  time in Toronto and Oxford taught him more than he could have fathomed, he believes the experience gave him the ability to develop himself on a global stage. "It's really about selling yourself as a new legal professional. The real question becomes how much skill do you have? How much can you bring to the table? I think anyone with international experience truly rises above the rest."

Do you think Study Abroad opportunities are an invaluable element of anyone's education? Tell us why. Find out more about WMU-Cooley Study Abroad Programs here.