Barbra Bachmeier: Coming to the Attention of Others

Barbra Bachmeier (Fisher Class, 2007) has spent her life caring for others and is willing to go wherever, and do whatever she can, to help others in need.

From working as a nurse across the globe in the U.S. Army National Guard to helping victims of interpersonal violence and advocating for children, Bachmeier is up for the task.

Her quest started when she entered the North Dakota National Guard after graduating from high school. She began her nursing career in Esmond, North Dakota, after earning an LPN, then her B.S.N. from North Dakota State University. She went on to earn a master’s degree as a nurse practitioner from Indiana University-Purdue University, Indianapolis. 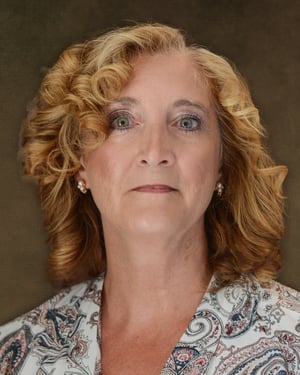 It was while she was working as a nurse practitioner at Indiana University Methodist Hospital’s emergency unit when she started thinking a legal background might be something she needed. Taking care of a steady stream of young victims of violence pained her. It was becoming too much to bear.

“I saw a lot of abuse and neglect,” shared Bachmeier. “It was overwhelming. I thought, ‘Is it me? Why is this happening?’

One day I picked up the Indianapolis Star and there was a story about the need for child advocate volunteers. I put down the paper and called. I set up an interview, then I was accepted into the program. I did 30 hours of training and spent a lot of time in juvenile court providing reports for judges to help them make informed decisions on these cases involving kids. It was that experience that spurred me to go to law school.”

She started applying to law schools in the Indianapolis area, but was told by a friend to look into WMU-Cooley Law School. So she did. She applied and was accepted. In the fall of 2001, Bachmeier started her law school journey.

At the same time Bachmeier was also taking courses in military studies as part of her career track to move up in the ranks of the National Guard. Between her studies and work, she had little extra time to get involved in other activities and organizations.

Bachmeier recalled her law school experience as something far different from her education in nursing.

“In nursing, everything is all scientific, with evidence-based findings,” said Bachmeier. “But not in law. There are extraneous circumstances to almost every case. I realized early on that my whole reason to be there was to focus on child law.”

While juggling her busy work schedule and nearing graduation from WMU-Cooley, Bachmeier’s legal path took a 5,000-mile detour when she was called up for active duty in July 2004. She put her life on hold when she was assigned to a task force attached to the peacekeeping mission in Kosovo, and then in Sarajevo, the capital of Bosnia and Herzegovina.

In Sarajevo, she served as assistant inspector general, helping vet individuals from three ethnic entities for government and military positions.

“I would collect information on nominees, and based upon information from the U.S. State Department, plus intelligence and security, I would write a summary of findings and assessment of qualifications,” Bachmeier added.

It was only after she returned from Eastern Europe that Bachmeier was able to complete her law degree. She then returned to Indianapolis with a plan to start her own practice. Once again, duty called.

In July 2008, Bachmeier was summoned for a mission to Iraq, near the Syrian border, where she helped Iraqis learn how to create their own businesses.

“Our base was in a huge province,” recalled Bachmeier. “Our specific mission was to help civilians (Iraqis) start businesses that would provide a service to their community, so they would become self-sustaining by the time we left. Our goal was to help build economic stability.”

After returning from Iraq in October 2009, Bachmeier was able to focus on her personal mission of helping others in her community. She and a colleague, Holly Renz, began working together to help rape victims in Indiana. While she was working with victims of sex crimes, Bachmeier learned that the Indiana Sex Crime Compensation Fund didn’t cover the cost of an expensive anti-viral medication meant to help prevent HIV. The medication was cost prohibitive. Victims were looking at paying over $4,000 per month for this life-saving drug. Thanks in part to the pair’s work, in 2017 Indiana changed its laws to cover the cost of the medication.

It was at about the same time that Bachmeier, who had returned to working in the emergency department at Methodist Hospital, noticed a lack of nurses with special training for sexual assault victims.

“Although there were four other hospitals in Indianapolis, there had been a high turnover rate of sexual assault nurse examiners, and coverage was limited at times,” Bachmeier stated.

Today, Bachmeier, who has retired from the National Guard after 29 years of service, continues to leverage her law degree and experience to help victims of crimes, particularly child victims. She also focuses her part-time law practice on child guardianship cases, and works full time in the emergency department at Indiana University Methodist Hospital as a nurse practitioner/forensic nurse.

Most notably, in September 2018, Bachmeier was named by the Emergency Nurses Association (ENA) as one of 10 nurses from six states and England to be Fellows to the Academy of Emergency Nursing. ENA created the academy in 2004 to recognize outstanding members for their enduring and substantial contributions to emergency nursing throughout their careers. A total of 158 Fellows have been inducted into the academy since its inception.

“I began working with kids in the emergency room, and now I am seeing some of those same kids again as teens, or older,” said Bachmeier. “I have seen the long-term consequences to their health as a result of a trauma history. Many never get justice in court, but at least we are there to help them survive and thrive.”