5 Things I Learned as a First-Year Law Student 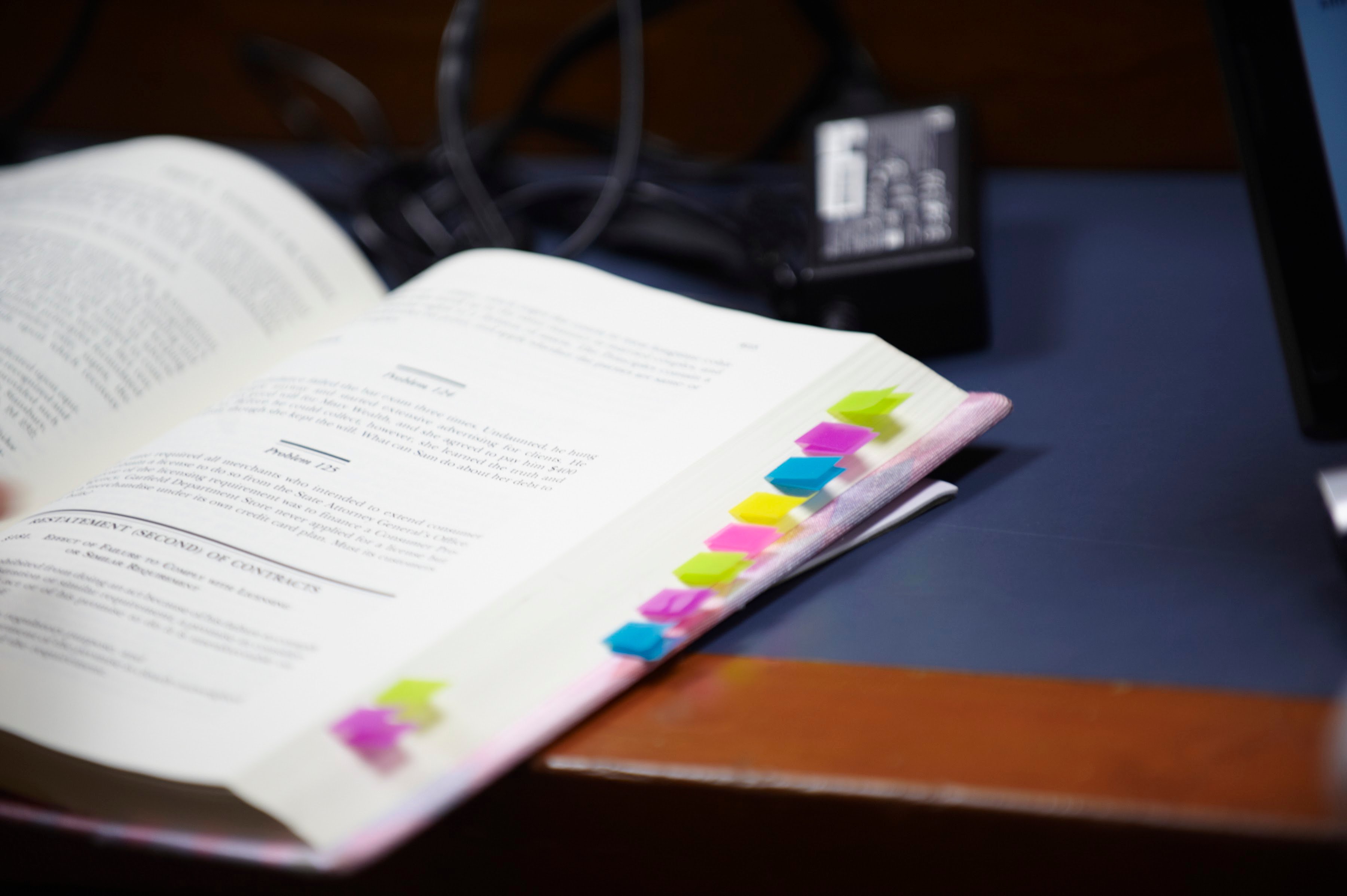 Law school isn’t like any other college experience you may have experienced. The unique demands on you in law school are much greater and more challenging than anything you may have encountered in your life. From day one, each law student begins a process that shapes and molds them into the kind of lawyer he or she will become. Only after that first critical year, will a student really understand expectations and move forward confidently.

Here are what several second-year students would like to share about their experiences during their first year at WMU-Cooley Law School.

What surprised you during your first year of law school?

"I was told, coming into law school, that the students are cut-throat and manipulative. I didn’t find that to be the case at Cooley. In fact, I found quite the opposite. I discovered that many of the students and all of the faculty want you to succeed and are willing to help. I also discovered that your classmates will quickly become some of the best friends that you will ever make." — Kara Moore

"What surprised me most during my first year of law school was how helpful the professors and staff were. I came in thinking law school was a 'you're on your own, or figure it out yourself' type of environment. And although sometimes it can be like that, I found that the staff at WMU-Cooley were always willing to help students in ways to succeed. Honestly, if it wasn't for the professors or the staff in the Academic Resource Center, I would have been lost." — Sultana Hermiz

"I was surprised by how diverse the school was. My entering class was very diverse, with mostly black women in attendance. I immediately felt a satisfaction of my choice at choosing Cooley as my law school. I was also surprised by the work load and the mandate by the professors. It took my first year to truly understand what that mandate was, but once I did, it was very beneficial." — Noreka Thomas

"I have to say, the most surprising thing is how much I have truly enjoyed the law school experience. Yes, the hours are grueling, arduous and fueled by excessive amounts of caffeine, but the times, for instance, where I have a late-night epiphany, or I get to argue for a client's claim of right in front of a jury, that makes it all worth it. The moments of pure bliss in this difficult path come from the small successes we each have along the way. That is what was most surprising; how each little wonderful and terrible moment has created this sense of pride and enjoyment for the end goal." — Ashley Chalut

Which class or exam stood out in terms of difficulty? 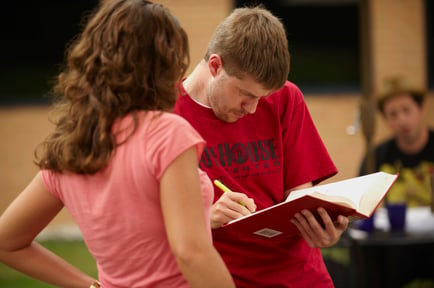 "The hardest exam I took during my first year was Constitutional Law I." — Connie Caiceros

"Torts was the most difficult class I had during my first year of law school because there were so many aspects to negligence, and I was still learning how to study effectively." — Kara Moore

"I would have to say that my hardest exam was Criminal Law." — Ashley Chalut

"Torts I was my hardest exam in law school because it was the longest exam that I had. I was also a bit intimidated by Professor Sutton because he is the Dean of the school, I didn’t want to disappoint him nor myself. Also, my Torts I exam was my first exam that I took in law school. My nerves began to decrease after I took that exam." — Noreka Thomas

What did you learn about yourself in year No. 1?

"I learned that law school isn't like what you see on television and it isn't like undergrad. Law school takes A LOT of commitment. I also learned that a law student should maintain a balanced life. Yes, I did say that law school takes a lot of commitment, but in order to stay sane, a student should take some time for themselves to relax and take a break between studying. Things like watching a movie, or going out to eat for an hour. I learned that the hard way my first year! — Sultana Hermiz 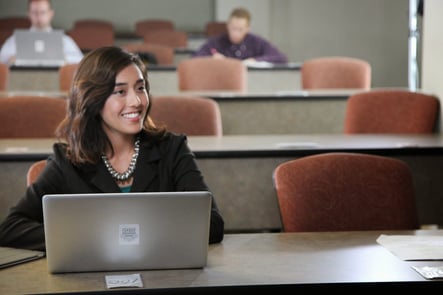 "Some subjects will come easy and others will be very challenging. It is important to understand what each professor prefers. Even though I can never study enough, balance in life is a necessity. I learn best in groups." — Connie Caiceros

"I learned more about being a leader. I’m a natural leader, but have never been challenged in the way I was my first year of law school. Humility and kindness are terms that became very vital to me in my personal life and at school. I’m an outgoing individual but learned how to conduct myself while still being myself in a professional setting such as law school." — Noreka Thomas

"I have learned that I am somewhat of an unconventional learner. I spend long hours reading cases and digesting them into mind maps, a process different from many of my colleagues. Law school is a beast in itself, but it is how we face the challenge presented to us that will impact our ability of becoming the bright, young individuals we all dream to be. I have learned there is never too many hours in the library, or cups of tea, or bringing the comforts of home to law school. There is no shame in bringing slippers to keep my toes warm on the long stretches of time I spend in the library. Learning itself is a process, but it is one that needs to be unique for every person. I have learned it's okay to admit when you don't know something, or accept the faults and wrongs that you you thought were facts, but really were not." — Ashley Chalut

Which class or professor was your favorite?

"My favorite professor was Paul Carrier. I took his Contracts I and Contracts II classes and enjoyed his teaching style. He likes to get to the point when he teaches and makes sure that the students understand the material, by either lecture or visual aids." — Noreka Thomas

"Professor Sorenson was one of my favorite professors because of his teaching style and assessments." — Connie Caiceros

"I must admit, I find myself between a rock-and-a-hard-place in choosing a favorite. As the accelerated student, I have gone farther in one year of courses than many of my classmates. As a result, my first year has become full of courses that were as fascinating as they were challenging. I cannot choose between professors because they all made the desire to go to class easy. Each professor gave me every reason to attend and participate on a fully-engaged level. Scholarly Writing, the first of the two, was by far one of my favorite experiences. I was able to take something from the media, some pop-culture news and use the concept to stem a Fourth Amendment analysis of the issue. It consumed my waking hours, and in the end I am left with an article I couldn't be more proud of. As for my other favorite, it has quickly become the Criminal Procedure and Law Course. Having studied psychology with a concentration in criminal conduct, these classes fed my quest for knowledge. Reading the cases, and pulling the law and finding flaws in the arguments presented, was gratifying. Ultimately, these two classes led to my my top choice, which was Scholarly Writing. I must admit, I was also not ready to be so 'in love' with the area of criminal law, but having dipped my toes in the proverbial ocean, and I am entranced by the possibility it can bring in a career." — Ashley Chalut

If you could go back in time, what advice would you give yourself?

"I would tell myself to stay focused, determined and ready for anything. I would have studied differently, less in groups and more by myself, until I knew the material. Also, to go to the ARC more and take heed of what the professor advised." — Noreka Thomas

"If I could go back in time, I would tell myself to 'be strong and keep going.' The emotional roller coaster that comes with law school is normal, and you're not alone. I would also tell myself the very first term to:

Interested in learning more about WMU-Cooley Law School? Download our Viewbook for a complete look at what life looks like as a WMU-Cooley student. You can also sign up for a personalized tour at any of our five locations.

Tags: Legal Education
Back to Blog

WMU-Cooley, as a military friendly and designated Yellow Ribbon School, talks to its military...
Read More

This blog was originally posted January 27, 2017. WMU-Cooley, as a certified veteran-friendly...
Read More

Q&A with Mariko Willis: Military and Law School at the Center of Her Heart

WMU-Cooley, as a Military friendly and designated Yellow Ribbon School, talks to its military...
Read More