As the Supreme Court has reminded us repeatedly, students at public schools do not “shed their First Amendment rights at the schoolhouse gate.” Administrators at public schools would therefore do well to tread carefully when dealing with students who wish to speak out in protest after the mass shooting in Parkland.

As a general rule, a public school may not punish or prohibit student speech unless that speech materially and substantially interferes with the operation of the school. “Materially and substantially” are legal buzzwords that mean, in plain language, more than just a little. So unless a student causes some kind of disturbance or interferes with school functions in a genuinely disruptive way, that student is entitled to express his or her opinions without facing any backlash from school administrators.

Different rules apply when a student is speaking as part of a school-sponsored event or publication. For example, a school may edit or refuse to print an article written for a school newspaper that is ungrammatical or poorly researched. Likewise, a school may monitor and punish inappropriate speech at a school assembly where the speech will be associated with the school and not just the student.

But as to speech that is purely that of a student, a school gets less leeway. For example, in the famous Vietnam-era case called Tinker v Des Moines School District, the Supreme Court ruled that a school had violated the First Amendment when it punished students for showing up to school wearing black arm bands to protest the war. The Court noted that the students had not caused any disturbance and that the functioning of the school was unaffected in all relevant respects.

As to the possibility that other students might disagree or find a student’s opinions off-putting, that is not a legitimate basis for censoring or punishing speech. Quite the contrary, it illustrates the reason we have a First Amendment to begin with: to protect speech, especially on matters of public concern, even when that speech might stir controversy.

In Tinker, the Court noted that the best way to teach students about the First Amendment and our national tradition protecting free expression was to honor those principles in practice. School administrators must keep that in mind when dealing with students energized to speak out after what happened in Parkland. Speaking out is their right, and as long as they do it without causing any kind of disturbance, that right is likely to be upheld by any court. 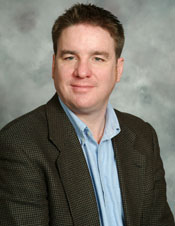 Is Revenge a Legitimate Goal of Sentencing?

I passed through the turnstile and onto the mid-level concourse in Carver Arena, the home court for...
Read More

Does the Revocation of Former CIA Chief's Security Clearance Raise Any Constitutional Issues?