Jaevonn Harris started drawing in second grade and says he hasn’t stopped since.

“Art is something I literally been doing my entire life,” he says. “Going to the Detroit School of Arts was life-changing for me because it was a school built specifically for people like me. My first job was working at art gallery while in high school. DSA surrounded me with people who would push me artistically in various ways, molding me into a better artist.”

A recent graduate of WMU-Cooley Law School, Harris found his passion for drawing helped him through his stressful studies—and he continues to enjoy the art world even as he begins his legal career.

Harris launched The Corner website as a way to display his art to the world via social media; and since its inception, The Corner has turned into a hub for all his creative endeavors, including books, music, fine art, and his clothing line, WELÇOME: Hand Drawn Graphics.

“My clothing line started in 2016, but I came up with the idea for it on my birthday in the previous year while at church. The whole premise is taking a drawing I did and placing it on quality garments,” he explains. “The drawings are usually referencing to things that influence me from pop culture. For example, my favorite player is Lebron James, so I would take a drawing I did of Lebron and put it on a hoodie or something like that. I love Lebron so I could draw him all day but people would probably get tired of it!”

Harris, who received a B.S. in Business Marketing at the University of Arkansas at Pine Bluff, had several reasons for pursuing a career in law.

“First, I felt I’d be naturally good at being a lawyer,” he says. “Most of my peers had dreams of being an attorney their entire lives. I didn’t decide to pursue law until 2015. I literally woke up and said to myself, ‘I’m going to law school.’ If anyone told me 10 years ago this is where I’d be, I wouldn’t have believed them.”

He also was inspired by his mother Angela Walker, and her career as a paralegal. “But she never tried to push me to pursue law,” Harris says. “When I decided to pursue law, I thought it would be cool to take the next step that my mother didn’t take. She would always tell me, ‘Vonnie I hope you’re ready for all that reading you’re gonna have to do.’

“It’s funny because she and my brother were always the readers in my family, they read James Patterson novels and Harry Potter books like they were little pamphlets. I used to hate reading, so for me to pursue a career that requires so much reading is a full circle moment for me.”

Harris enjoyed his experience of law school. “Cooley gave me a life-changing experience—I loved the journey Cooley provided for me,” he says. “I loved how I was pushed academically, nothing felt easy for me. Before law school, I never studied, I literally had to learn how to study and the faculty at Cooley was super supportive.

“Cooley faculty went beyond their duties and helped me academically and even in my personal life. Especially Professors Jeanette Buttrey, Christi Henke and Emily Horvath, and Dean Mable Martin-Scott, those individuals went out of their way for me plenty of times.”

At graduation in the spring, Harris received the law school’s Leadership Achievement Award.

“It was an unexpected honor and I’m grateful for everyone who considered me for the award,” he says. “I never tried to make myself the ‘leader’ of anything but my intention was to always contribute the best I could in any situation.” 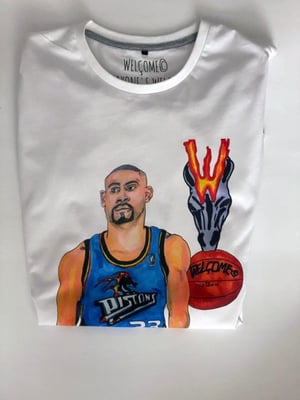 Harris adds that receiving the 2018 Damon J. Keith Scholarship, established in 1995 by the Wolverine Bar Foundation to commemorate Judge Keith taking senior status on the Sixth Circuit Court of Appeals, was one of the highest honors he has ever received.

“It felt like I was being accepted into an ongoing legacy,” he says. “To this day I can’t believe I was chosen for that award. That award was special to me because it was the first one I won and it was early in my law school career, it gave me motivation to continue forward.”

Harris interned for for 29th Circuit Court Judge Michelle Rick, in Clinton County. “Judge Rick is an excellent role model and is someone I’d like to model myself after if I was ever to become a judge,” he says. “I always appreciated that Judge Rick showed mercy and didn’t seem to take herself too seriously. She was stern when she needed to be and it never seemed like she had a power trip. A lot of people in her position forget to see people as humans and don’t take into consideration the various circumstances that lead to a person being in their court in the first place.”

Harris was a participant in the Mock Trial Inter-School Competition, with co-counsel, Aisha Henry. In their first attempt, the pair won runner-up. “We didn’t finish as high the following year, but I felt like we did an even better job than the previous year,” he says.

“Mock Trial was awesome because it was my first glimpse into what I thought law school would be like—I thought everyday we would have to dress up and be in a courtroom,” he adds.

“I love challenges and Mock Trial was one of my favorite challenges because I had absolutely no experience and it was one of the first times I could finally use some of my creativity in law school. I loved the process of coming up with opening and closing statements and cross/direct questions.”

Beyond his studies, Harris also enjoyed being involved in student organizations. “My time in the organizations felt like I was making an impact on the school and community, it didn’t just feel like a group of students in a club,” he says.

In his first term, Harris served as parliamentarian on the board of the Black Law Students Association. “I loved BLSA with my heart and soul and it was my favorite organization at the school. My first day I instantly knew I was going to join,” he says. “BLSA helped me get involved with my community more and helped challenge myself to think of other ways to help our student body and community.

“I came up with a program called “Black Health Matters” that helped address the mental and physical issues that continue to plague the Black community. We had a Black doctor come to speak, we took people’s blood pressure, and provided information to live a healthier lifestyle.”

Serving as vice president of the Sports and Entertainment Law Society felt like the perfect balance of fun and education, he says.

“When we visited the Detroit Pistons legal counsel, we learned a lot about their daily operations and afterwards we got to enjoy the game. We provided much needed distraction from people’s robust schedules with flag football, basketball sessions, pool parties, and more. SELS was the organization you can count on to learn about entertainment and actually be entertained.”

Studying during the pandemic was “a crazy adjustment,” Harris says. “Usually I would stay in the library but when COVID forced us to stay home, I had to turn my home into the proper study space. Thank God my building was never too loud and now I actually like studying at home. I don’t have to go back and forth from one place to another, everything I need is in my house and I’m able to study peacefully.”

Harris, who took the bar exam in July, would like to open his own practice and one day to become a judge. “As an attorney, I want to help creatives in the best way possible—everything from helping them form LLCs to helping them avoid predatory contracts,” he says.

For now, he is enjoying being able to spend some time on his outside interests—drawing, exercising, playing basketball, producing music, reading, and writing articles. He also participated in his first art show this year, the first public showcase of his work.

“I’m enjoying not being super busy 24/7 like I was during school,” he says. “It feels good to get to relax for a bit but when I receive my license I’ll be ready to hit the ground running!”

A lifelong resident of the Motor City, Harris says he loves the style and attitude of Detroit and Detroiters. “I love when I run into a Detroit native in another state because I can always tell they’re from Detroit before they even speak. Being from Detroit is like being apart of an exclusive club, we dress different, we speak different, and we’re just built different,” he says.

“Being from the D forced me to become resilient, I survived being from the eastside so I knew I could handle law school.”

This article about WMU-Cooley student, Jaevonn Harris, was written by Legal News writer Sheila Pursglove originally published by the Legal News on Oct. 23, 2020. Reprinted with permission of The Detroit Legal News.

Hassan Abdallah: Career Dedicated to the Sacrifices of his Parents

Hassan Abdallah was born and raised in Dearborn, Michigan, but knew his story started long before...
Read More