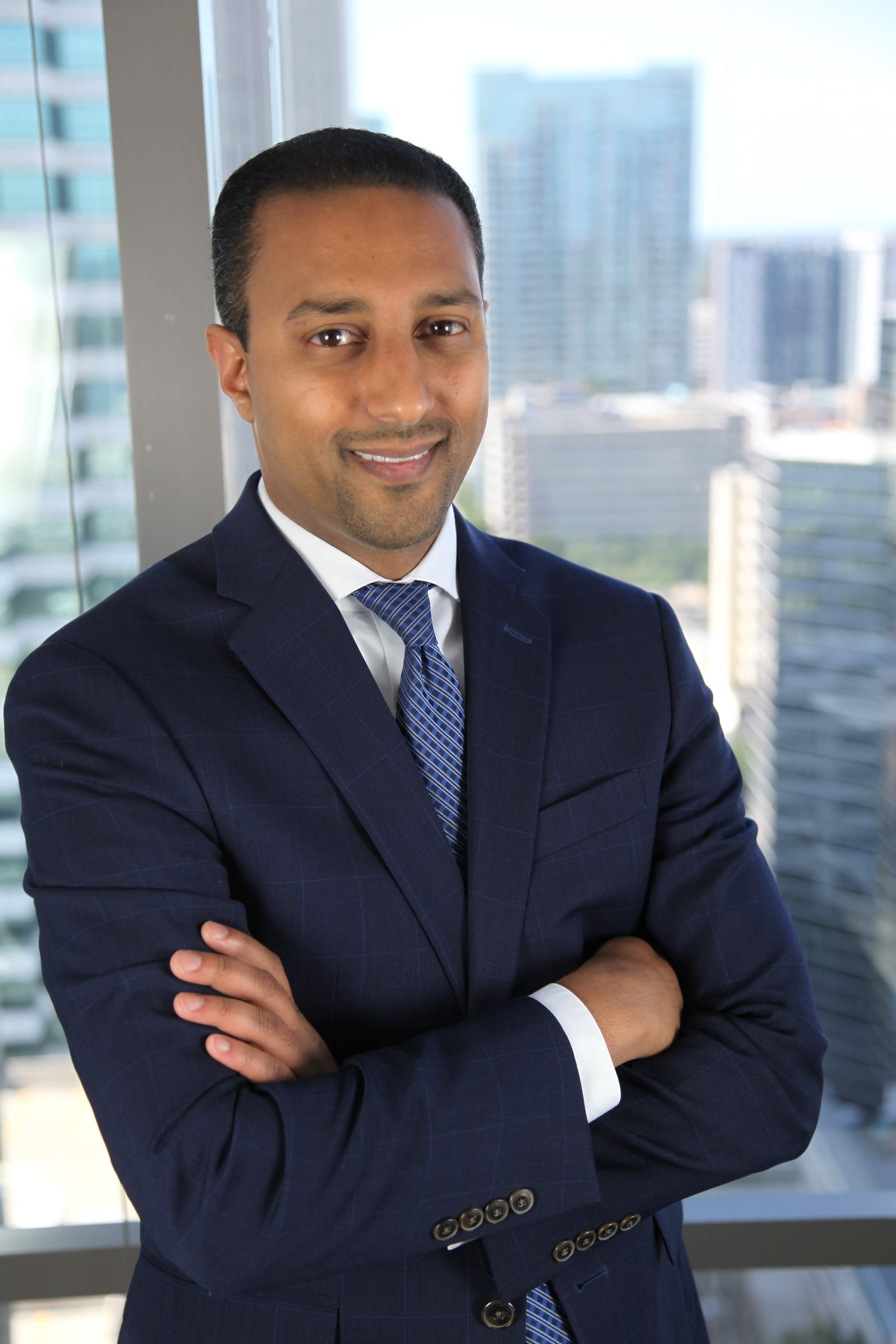 Mustafa Ameen (Fitzgerald Class, 2006), knew growing up that he was either going to be a doctor or a lawyer. That's what his parents told their children, after emigrating from India to the United States to secure a better life for the family.

Ameen was the only one in his entire family and extended family who chose a career in the law though. Everyone else ended up in the medical field.

So why the law?

"I looked at it from the perspective of what can I actually do to help my community," stated Ameen. "I knew I could help individual people as a doctor, but as an attorney I knew I would be able to help many others on a much larger scale."

Ameen has a vision where all of society understands their rights and protections. He's personally seen this first hand in his own community. Barriers are there, intentional and unintentional, that make it hard for some communities to either become lawyers or have access to lawyers. There are cost barriers, language barriers, culture barriers, and basic educational barriers that hold back communities and marginalized people. Ameen sees this as an unfairness in our legal justice system. And he wants to do something about it.

THE LAW IS FOR EVERYONE

According to Ameen, the data clearly shows that the path to a legal career is usually learned, and an indicator of whether or not someone in that community would pursue a legal career.

"If you don’t have a parent, or even a cousin, aunt or uncle, or anyone related to you, then you may only be reaching out to one or two people you might know in your community to ask them what it's like to be an attorney. But if there is no one in your circle of family and friends in the law, than it's likely that a legal path may never be considered."

That's why Ameen believes wholeheartedly in the mission of WMU-Cooley Law School. He is devoted to what the law school stands for, and now that he is one of the newest members of the law school's board of directors, he is ready to help in making change.

Ameen says he has seen more communities in the legal field, especially in the courtroom, over the past 10 years.

"I am in court every single day, even three or four times a day," says Ameen. "It used to be that you didn't have a lot of minorities in the courtroom. That has really changed over the years. In fact it's not unusual to see where the judge, the prosecutor, and the public defender are all females and minorities, which is a whole lot different from before when you would normally only see white males." 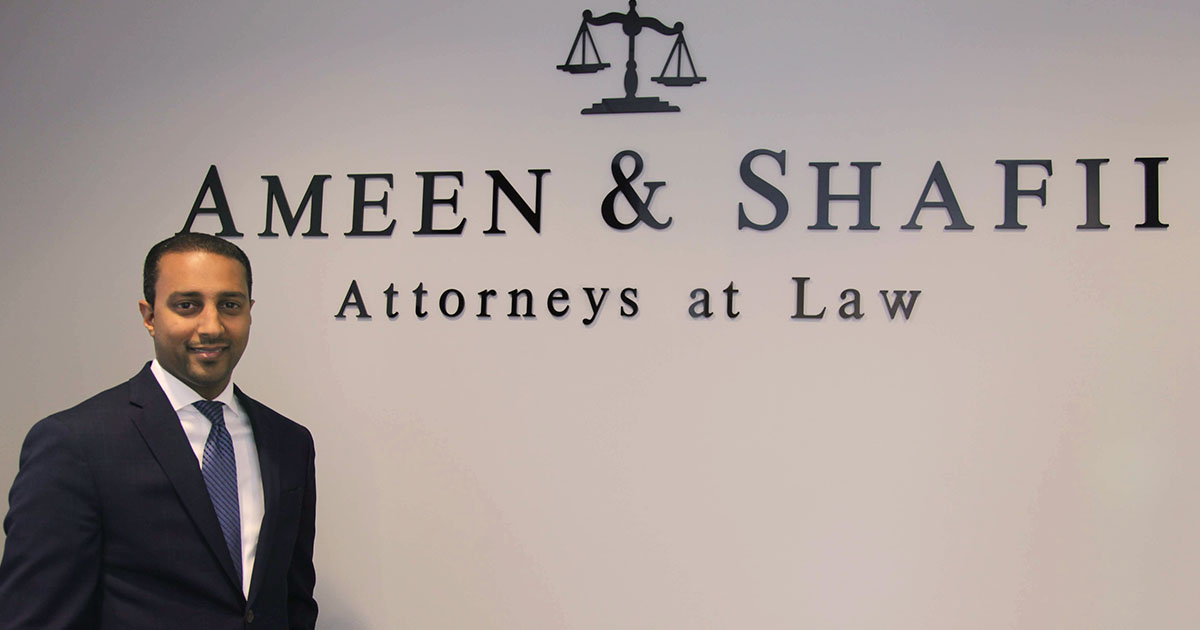 Ameen also sees more communities in the classroom, now that he teaches as an adjunct professor at WMU-Cooley Law School's Tampa Bay campus.

"That culture of change is now in the courtroom," proclaimed Ameen. "That is the major change I have seen in the face of the law. I see it every day in those who are actually practicing law. It is a tribute to law schools like WMU-Cooley who want to see every kind of people representing and being represented in our legal justice system. The United States is still a huge melting pot of different communities and we are seeing that translate exponentially into the legal profession."

Ameen also asserts that it's very hard to advocate for certain rights when there isn't anyone at the table who is part of that community or group. "If you’re not part of that group that identifies in a certain way, or that gender, then it’s hard for you to understand their specific problem. So when you get someone like that into the legal profession, someone who can advocate on behalf of that group, you have a much greater chance to change the way the laws are implemented to secure fair and just outcomes for all people."

"I see how women today feel so much more empowered and energized. They are dominating all kinds of fields. I see it in the legal fields and medical fields. Women are out front and leaders."

FLORIDA TO MICHIGAN - AND BACK

How did Ameen end up in Michigan for law school, when he lived in Florida?

Being able to take advantage of the law school's schedule options not only saved Ameen the cost of living in Michigan for an entire year, it also allowed him to start his career and his earning potential ahead of schedule.

"I started my career as a prosecutor," shared Ameen. "It's where I would recommend any student go for a great first experience out of law school. The trial experience and the court room experience that you get is exactly what you need to propel your career in almost any direction. I don't think you will get that anywhere else.

"It really helped me to grow as an attorney. You are in front of a judge every single day. It is confidence building and skills building. You learn how to pick a jury and relate to a jury. You learn to understand the legal consequences in a case. I did that for two years, then decided I would take a risk and start my own practice."

Ameen started his firm with a laptop, a printer, and $500 in his parents' basement. It was a modest start, but the business has grown very well.

"Now we are in a high-rise in downtown Tampa. I handle hundreds of cases every year – criminal defense and personal injury cases. We are about 12-13 years into our practice at Ameen & Shafii Attorneys at Law. It took a lot of hard work. My law partner and I now manage a caseload of over 500 cases. It can be long hours, so we have learned to work hard and efficiently. Technology is very important in our practice."

Having his own practice has been rewarding, but not without sacrifice. Thankfully, Ameen's wife, Sabah, and two daughters, support everything he does. Having a family that really understands that the "career is to help the family move forward as one" is how he is able to make it all work. 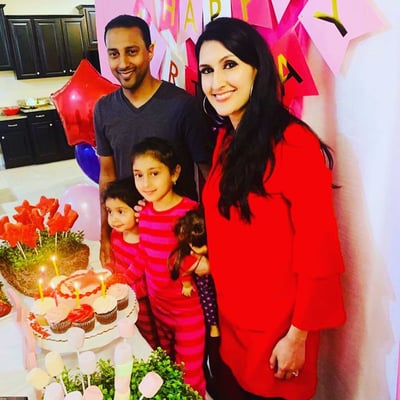 "My daughters are only six and three, but they get it. They know when daddy is going to work it is to help with their school and everything like that. A lot of times I actually bring them to the office so they can see what I’m doing. When I’m taking client calls, they are listening, and they understand that I’m helping others and it's not time away from them.

"So the 6-year-old asks a lot of questions about what I'm doing and who I'm helping, and I am already hearing that she want to be a doctor and a lawyer, and the 3-year-old is showing plenty of signs that she would make an excellent attorney," said Ameen with a smile.

That time away includes being on the WMU-Cooley Board of Directors. Ameen feels it's a privilege and an enormous responsibility as they help shape the future of the law school and the next generation of lawyers. He has taken time to visit all of the law school locations and meet faculty, staff and students, along with the law school's new President and Dean James McGrath, who he is excited to have taking over the helm of the law school.

"James McGrath has a great responsibility moving forward, but he is well equipped to handle it. He’s got administrative experience and he really has a passion to teach. He’s been a professor for a long time, so he wants to make sure our students succeed. His research shows that students are different now; they are from a different generation, and they require different teaching, which he's ready to implement those new learning practices at our law school to lead to the best outcomes.

"Everyone at WMU-Cooley has a real passion for our law school, and are behind it 100 percent. They want to see the law school continue to succeed. They want our students to excel and succeed while preserving its mission. I'm excited for the law school's future."

The first person in her family to attend law school, Alyssa Emery will graduate from WMU-Cooley Law...
Read More