Plain Language to the Rescue 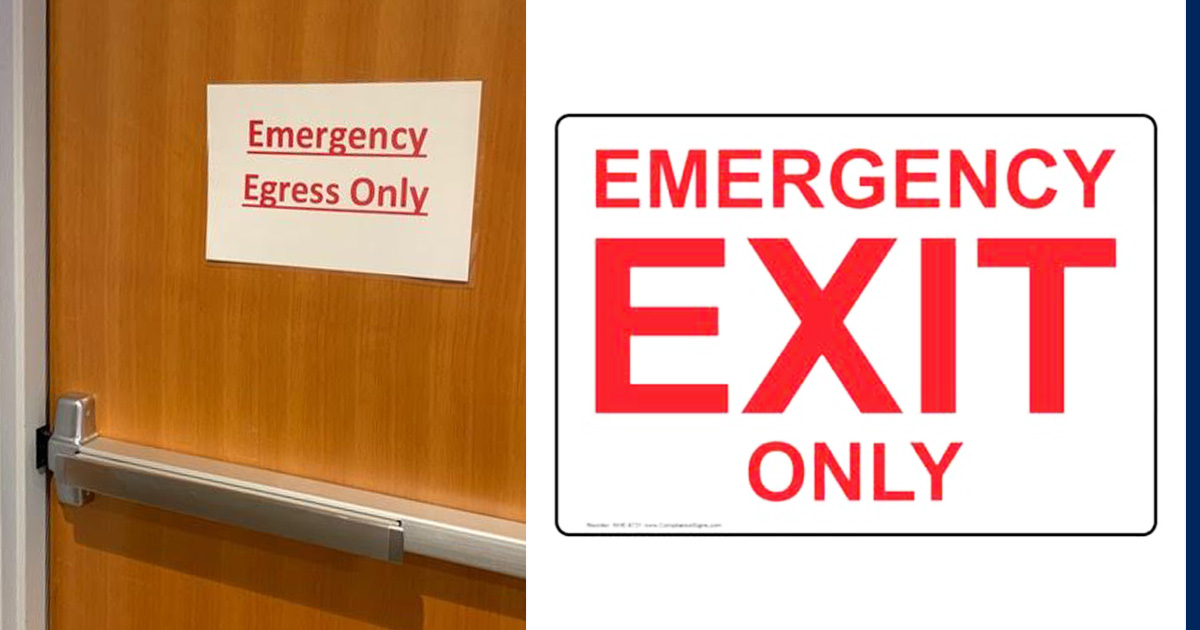 You are in a crowded restaurant. The fire alarm goes off and diners rush for the doors. One door is marked EGRESS and one is marked EXIT. Which one leads to safety? Answer: both. But head for the Egress. It could have life-or-death consequences.

Here’s why. Most of the diners likely do not know the word egress. The Plain English Lexicon says of egress that only 2/3 of Americans who completed grade 16 (four years of college) are likely to understand its meaning. It’s a college-grad word.

Yet according to the Literacy Project Foundation, the average American reads at a junior-high grade level. This level of literacy might well result in a backup of diners trying to get through the Exit door and clear sailing at the Egress door.

Egress means exit. But the word is so little known that P.T. Barnum used to put up a sign at the circus that said: “To the Egress.” People followed the sign, thinking they were about to see some exotic animal (an egret, perhaps?), and suddenly found themselves in the street.

Even lawyers—the last refuge for legalisms like ingress and egress—can misuse them. Bryan Garner, the current editor of Black’s Law Dictionary, admits in his Dictionary of Modern Legal Usage (2 ed, 1995) that the first six editions of Black’s erroneously confused the two terms with each other.

It is unlikely today that you will find an Egress sign, like the one (pictured) that I saw earlier this summer. In 2002 the Occupational Safety and Health Administration finally updated its 25-year-old door-signage standard to replace the word egress with exit and mandate that exits “must be marked with a sign reading ‘Exit.’” It took OSHA five years of study and hearings to make the change. Egad!

My colleague Joe Kimble explains the elements of plain language in Lifting the Fog of Legalese (2006). His first principle of word use is this: “Prefer familiar words – usually the shorter ones – that are simple and direct and human.” With exit doors, that could be a lifesaver in the event of an emergency.

Otto Stockmeyer is a distinguished professor emeritus at Western Michigan University–Cooley Law School. He is a past president of Scribes—The American Society of Legal Writers and a frequent contributor to legal periodicals and blogs. If it were not for the frequent but unavoidable use of egress, this blog post would score at the eighth-grade reading level.

Tags: Plain language
Back to Blog

Rosie Tejada always thought about law school growing up, but she would push the idea way back in...
Read More

Less than six months ago, Bryan and Elizabeth Devolder opened their own business, The Devolder Law...
Read More