Western Michigan University Cooley Law School has a reputation for giving to its students, to its communities and to the underserved. Through this legacy, students and graduates multiply the giving by undertaking their own initiatives to lend a helping hand when needed.

During the recent hurricane disasters in the United States and Puerto Rico, one student, Amanda Mendez, found out just how much one person on a mission can accomplish with the help of friends and peers.

Mendez is a native of Chicago with family roots in Puerto Rico. A third-year law student at WMU-Cooley’s Tampa Bay campus, she was deeply affected by the devastation in Puerto Rico, which directly impacted family and friends living and working there. Despite a full load at school and the upcoming Multistate Professional Responsibility Examination (MPRE), Mendez decided she had to do something, anything, to help.

Her first option was through student government, which was in the process of choosing a project. Ultimately, they voted to provide relief to schools in Lee County, Florida, so Mendez moved forward alone. Her next step was to contact the president of Phi Delta Phi Legal Honor Society to let her know she wanted to make Puerto Rico hurricane relief her service project. The response was an emphatic, “Go for it!” So she did. 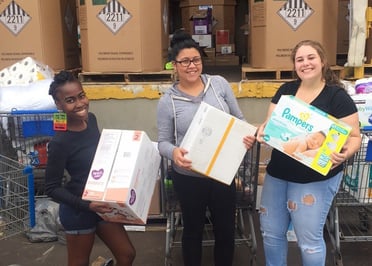 Immediately she realized she was behind other fundraisers who already had placed donation buckets. She also knew that half her battle would be getting her supplies to the island as there were limited means of transport and they were on very strict schedules. With the clock ticking away, Mendez contacted a local nonprofit, Course of Action Puerto Rico, that had partnered with a homeland security technology company to ship out trucks and supplies through the Port of Tampa and a plane in Miami. With the deadline looming, she began using the networking skills she learned in law school and began contacting her connections.

“I reached out to all of my friends in different organizations and I asked them if they could donate, and they all turned up,” Mendez said. “They were all able to come with $50 donations, $100 donations and they took votes immediately. They did executive emergency meetings just to help, and at the end of it I was able to raise $570.”

Running Out of Time

Down to one week before the deadline, including a weekend date with the MPRE, Mendez learned the last truck would be leaving Nov. 4, the same day as the exam. Nearing panic mode, Mendez said she again turned to fellow students and friends for help. And again, they came through for her. 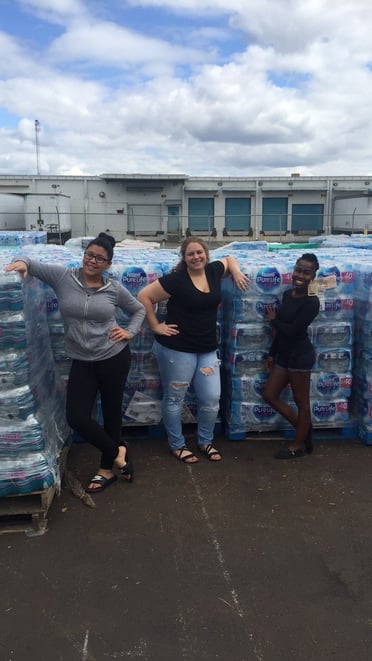 “I reached out to two friends, Teresa and Olivia, and we were running to get to the store when I saw Dean (Ronald) Sutton, and he asked, ‘What are you doing?’” recalled Mendez. “I told him the whole story and he said, ‘Yeah, go for it!’” And they did.

The three went to Walmart and began loading up on toiletries, camping products and everything they could think of that might prove useful to hurricane survivors. Luckily, the drop-off for their purchases was literally next door to Walmart so they hurried over and asked what else was needed “right now.” The answer was truly an immediate need.

“They said there were two families that had evacuated (Puerto Rico) and they came over here and had no clothes,” Mendez said. “So in addition to buying supplies, we bought the two boys clothes for school and things of that sort, so it was pretty rewarding.”

After that successful, though rushed venture into disaster relief, Mendez said she felt compelled to tell the world how great WMU-Cooley students are when they put their hearts into something.

“I wanted to spread the word, the message that when Cooley students get together, anything is really possible. When you really have conviction, you really want to help somebody, that’s motivation enough,” she said. “Just ask. It never hurts to ask.”

Mendez did get to take the MPRE and she is now looking forward to her career as a lawyer. As one of just two students in Florida elected for an externship with the U.S. Air Force Judge Advocate General’s Corps, Mendez said the experience will be a huge asset going forward. She also feels strongly that her education at WMU-Cooley prepared her well for success.

“I recently completed my externship with the Air Force at MacDill Air Force Base and it was one of the greatest experiences of my life,” Mendez confirmed. “I’m glad I chose WMU-Cooley because I learned a lot and I feel confident about taking the bar. I feel like I have a good foundation. We have really good professors and the faculty alone are the best reason why I came here.” 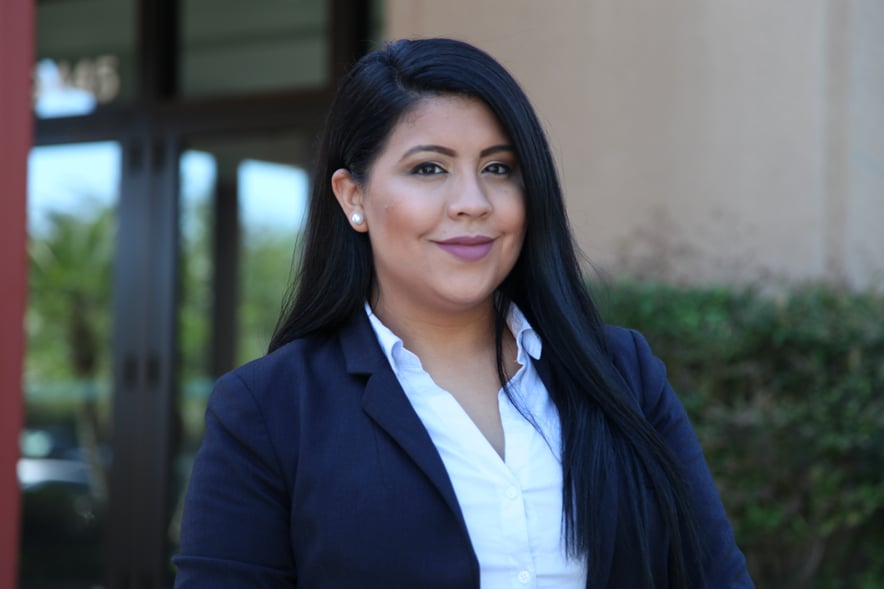