This blog was originally published June 3, 2013.

Cooley’s President and Dean, Don LeDuc, is publishing commentaries on the Law School, legal education, and related topics. In this commentary, President LeDuc takes on a variety of misstatements about legal education that abound across the Internet.

The Internet abounds with misstatements about law schools and lawyer employment. Uninformed commentators and bloggers make the statements, and the media republish them without support, analysis or context, creating the impression that they are true. Here are some of those assertions. 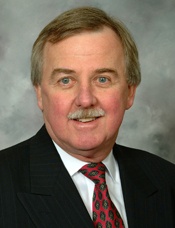 1. MYTH: Unemployment among lawyers is widespread and severe.

3. MYTH: Law schools will drop their standards to keep their enrollment up.

False. Default rates among law school graduates are quite low, about one-third of the national average.

6. Myth: The current admissions practices among law schools have led to a glut of lawyers.

False. Admissions to practice in Michigan have decreased in each of the past three decades and by 10% since 1973.

7. MYTH: Young lawyers, burdened by debt, are forced to take on cases that they are incompetent to handle, causing them to behave unethically.

8. MYTH: The law schools do a poor job at training students to be lawyers.

False. The quality of legal education, from the substantive, doctrinal courses to the practical, clinical courses, has never been better. Teaching is outstanding, facilities are the best in history, libraries are more comprehensive than ever, and technology has been employed in all parts of legal education. Focus on practice preparation by the nation’s law schools has never been more intense.

9. MYTH: Big Law – made up of the ultra large international and national law firms, is the core of the legal profession.

False. Almost two-thirds of all lawyers in private practice work in solo practice or in law firms of from two to 10 lawyers in size.  “Big Law” has no relationship to the real world faced by almost all of our nation’s lawyers.

False. Maybe there are plenty of lawyers charging $600 an hour and up to represent the largest corporations, but there clearly are not enough lawyers to serve the interests of the middle class, much less the indigent in society. Many rural counties, in particular, are severely lacking lawyers.