Joseline Hardrick: Diversity and inclusion essential in the workplace 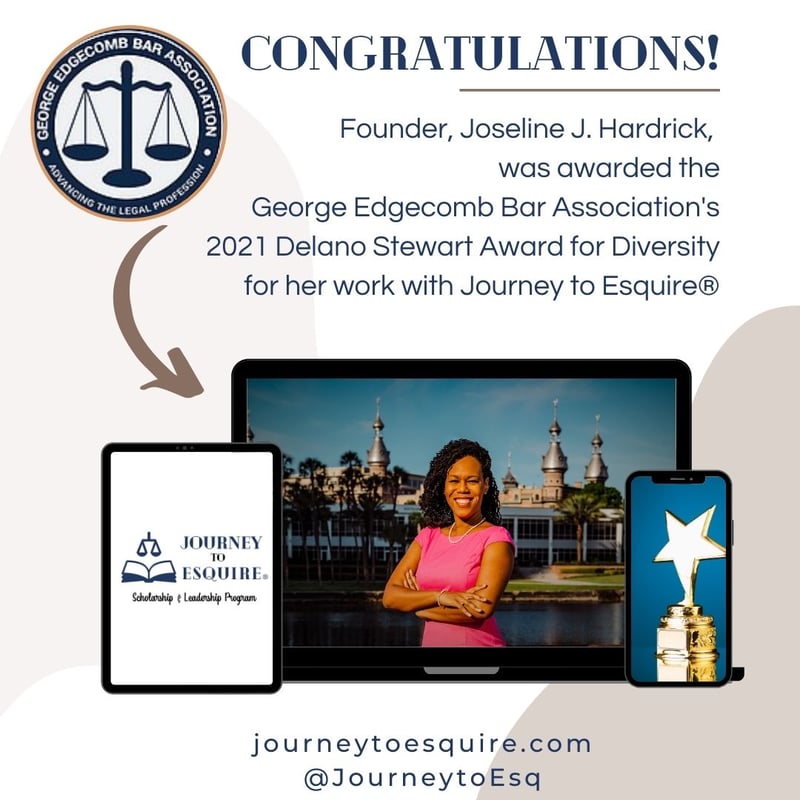 Diversity and inclusion are essential, not just for groups who have traditionally been marginalized or negatively impacted by discrimination. They benefit everyone in the workplace. As a Black woman who happens to be a lawyer, I am in a group representing only 2.3% of the lawyers in the United States. That means when I go into several spaces: from the courtroom to the boardroom to the classroom, I do not look like the legal expert my audience expects. I've had to overcome that bias by making sure I am prepared and professional, and I go out of my way to be seen and known.

And so it becomes even more important for groups who are well represented within the legal field to become more familiar with those who are not. Not only that, these efforts are essential to make sure that businesses don't lose talented people merely because they felt excluded or misunderstood. In recent times, the number of women and people of color who have entered and matriculated through law school and gained admission to the bar has increased. Still, their representation in law firms and courthouses throughout the United States is either stagnant or decreasing. There is a massive “brain drain” - talent is leaving the legal profession. That trend affects us all, particularly in an industry that is slow to change and quickly aging. Therefore, a strong business case exists to continue the commitment to diversifying the legal field, particularly in the places of power like law firms, boardrooms, corporations courthouses, and law schools.

There was a time when there was little or no diversity in any workplace. The legal professions in the United States, one of the most advanced countries globally, was particularly adverse to admitting women, people of color, LGBTQIA+ individuals, and foreigners. Thankfully, in recent years the legal industry has become more accepting as people, especially lawyers, understand the importance of having a diversified workplace. However, we are far from having true diversity. To bolster this trend and to maximize the positive impact of diversity, the legal industry is working towards incorporating traditional and innovative strategies. Yet, we still have a long way to go.

A LITTLE BIT OF CONTEXT

Diversity is a relatively new phenomenon and one that is still making the rounds. If we went back to even 25 years, we would see several examples of blatant discrimination. For instance, a 2006 - ABA Commission of Women in the Profession Report - "Visible Invisibility: Women of Color in Law Firms" study found some disturbing findings. These are:

Although we have come a long way in recent years, things have not improved drastically. In the last two decades, corporations have emphasized and made strides in having a diversified workplace. In contrast, many law firms seem stuck in the past. Though there have been efforts to reverse the trend, it seems as if most of them have not achieved the desired level of success.

According to the "Bias Interrupters Project - You Can't Change What You Can't See: Interrupting Racial and Gender Bias in the Legal Profession," women of color in the legal profession continue to face bias and harassment at every level within the legal industry:

Many attribute these experiences to the lack of equal opportunities in the law profession for women. They have been impacted immensely because of these practices. Even when it comes to parental leave, women suffer more dire consequences. Women of all races reported that they received far worse treatment after they had children. They received demotions, less pay, and low-quality assignments.

WHAT IS BEING DONE?

As firms understand the importance of having a diversified workforce, they are pushing reforms for inclusivity. Like this one firm that started the process a long time ago, but it sped up with George Floyd's murder case. In recent months, the firm approved several initiatives to increase the proportion of lawyers of color and women. The aim is an equity partnership. Despite their efforts, the percentage of partners who are people of color has risen only 3 percent over the last decade.

WHAT CAN BE DONE?

This story is an example of just one firm that is taking a step in the right direction. There are plenty of other ways to become a more diversified workplace. The following are some of the techniques that a firm can look into:

Diversification in the workplace is crucial. Despite being a part of the legal profession that professes to solve complex problems, much more work needs to occur to overcome this barrier. It is high-time the legal professionals “step up their game,” so to speak, and implement a more diversified workplace.

Joseline Jean-Louis Hardrick is a Visiting Assistant Professor at WMU-Cooley Law School’s Tampa Bay campus and teaches Criminal Law and Constitutional Law. She is also the founder, president, and acting executive director of Journey to Esquire,®  which runs a Scholarship & Leadership Program, blog, and podcast. Visit www.journeytoesquire.com for more information.